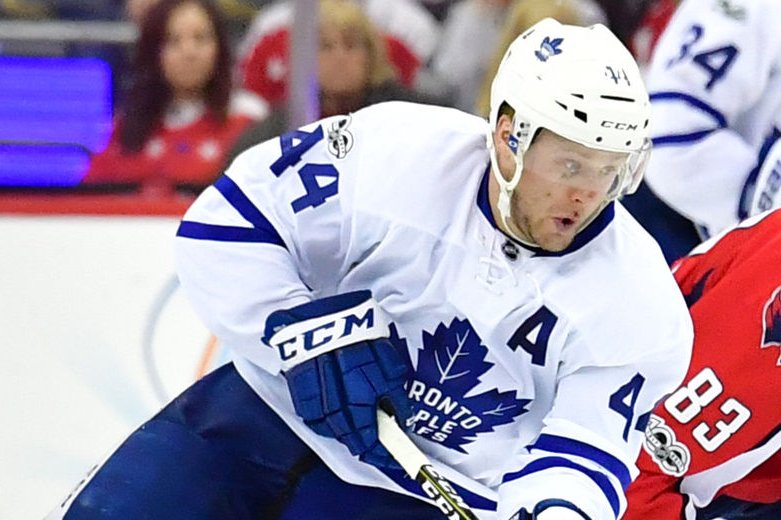 The Columbus Blue Jackets (22-12-3) returned from the Christmas break on Thursday night with their fifth consecutive victory, a 4-3 win over the New York Rangers at Madison Square Garden on Pierre-Luc Dubois' goal 31 seconds into overtime.

The Maple Leafs (25-10-2) will be the more rested team, playing their first game since the layoff, but coach Mike Babcock said after practice on Thursday in Toronto that he doesn't think that's necessarily an advantage.

"It concerns me a little bit that Columbus is playing just from the fact that if you watched this practice you know we're a little bit rusty to say the least," Babcock said. "But we'll be better tomorrow and get ready for them."

Maple Leafs defenseman Morgan Rielly liked being able to have a practice before a game.

"I think we should all be fresh and ready to go," he said "We've got some big games coming up here. ... It works to our advantage to have a practice today and play tomorrow."

The Maple Leafs kept their winning streak intact on Sunday with a 5-4 overtime victory over the Detroit Red Wings. John Tavares scored the tying goal in the final seconds of the third period and Kasperi Kapanen the winner in overtime.

Tavares leads the Maple Leafs with 24 goals in his first season with the club and Mitchell Marner has a team-best 38 assists and 50 points.

Maple Leafs center Auston Matthews was named this week in fan voting as the captain of the Atlantic Division team for the NHL All-Star game next month.

"To be selected is a huge honor and to be the captain of a division is pretty special," Matthews said.

The 21-year-old Matthews has accumulated 19 goals and 34 points in 23 games this season.

"It's exciting for our franchise," Babcock said. "Obviously, he's a good player and it's a real compliment for him from the fans."

The Maple Leafs are running into one of the hottest goaltenders in the league. Columbus' Sergei Bobrovsky was honored as the NHL's First Star of the Week. Bobrovsky was given the first night of the Blue Jackets' back-to-back off on Thursday after posting a 5-0-1 record with two shutouts in six straight starts. He made 34 and 39 saves in his last two games.

Although the Blue Jackets keep winning, coach John Tortorella was not particularly impressed with the how the team played last weekend at Philadelphia and New Jersey in victories.

"I thought we sucked in both games," he said. "It's time to get back to work. It's simple. You had your break. Christmas is over. It's a National Hockey League season. I hope we play better after the break."

Besides Bobrovsky, Atkinson has provided a significant contribution for the Blue Jackets with four goals in the last four games and 23 for the season.

"He's one of the top players in this league," Tortorella said. "I think we feels that."

Against the Rangers, the Blue Jackets let an early lead slip away before defenseman Zach Werenski scored the tying goal with 2:20 left in the third period and then Dubois ended it.

"You've got to find a way to get points and that's what we've been doing," Werenski said. "It's crunch time now. These are huge points. Every game matters."