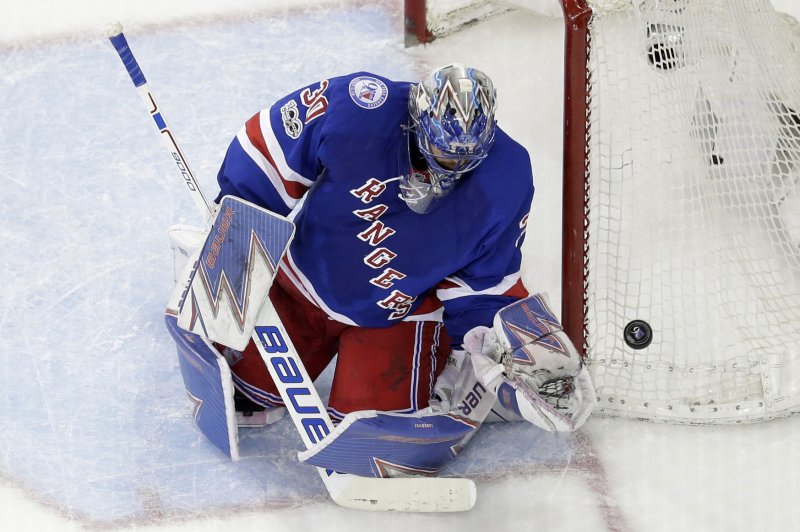 OTTAWA -- Brady Tkachuk is making up for lost time.

In the process, the Ottawa Senators rookie is also working himself into the early season Calder Trophy conversation.

Tkachuk, who on Nov. 8 returned from a leg injury that sidelined him for 11 games, scored twice to propel the Senators to a 4-3 comeback win on Tuesday in Philadelphia that stopped the team's losing streak at four games. He also had an assist to give him five points in two games and 16 points in 14 games this season.

With nine goals, Tkachuk has already surpassed the eight he had in 40 games last season at Boston University. And his recent point surge has him tied with teammate Colin White for second place among rookie scorers, five behind Vancouver's Elias Peterson.

RELATED Arizona Coyotes may be forced to start Adin Hill vs. Nashville Predators

"He brings something a little different," teammate Matt Duchene told the Ottawa Sun. "I don't think we have a power forward quite like him on the team. When we drafted him, that was something I was excited about, to have a guy like that.

"I played with Gabriel Landeskog in Colorado and I told [Tkachuk] they're very similar players in the stuff they do. They crash and bang, they have good hands and feet and they can see the ice at the same time. You can see the reasons he was such a high pick."

The Senators (10-12-3) will anxiously return to Canadian Tire Centre for Thursday's game against the New York Rangers. They are 7-4-2 on home ice.

The Rangers (13-10-2) have had a break since beating the Senators 4-2 on Monday in New York. That win was not without its cost. Forward Vladislav Namestnikov landed in the concussion protocol after a collision with Ottawa's Thomas Chabot.

The Rangers will also be without winger Mats Zuccarello, who is dealing with a groin problem. With only 11 healthy forwards, Rangers head coach Dave Quinn said he might have to go to use seven defenseman against Ottawa by dressing former Senators player Fredrik Claesson.

"I don't love it, but it is on the table," Quinn, who coached Tkachuk at Boston University, told the New York Post of the 7-11 format. "I want to get Freddie back in. He didn't deserve to come out."

Henrik Lundqvist is expected to be in goal for the Rangers. In 41 career games against the Senators, he has a sagging 17-20-3 record but a strong 2.16 goals-against average and .928 save percentage.

The Senators will start Craig Anderson, who has a 12-7-3 record against the Rangers that includes a sparkling 1.87 goals-against average and .940 save percentage.

The Senators, who are among the league leaders in goals scored, have also surrendered a league-high 107.

Anderson has substantial leads in goalie categories that reflect the defensive struggles of his team. Heading into Wednesday, he had faced in excess of 100 more shots (788) than the second busiest goalie in the league. He was also a long way in front of the pack in saves (709) and goals against (79).