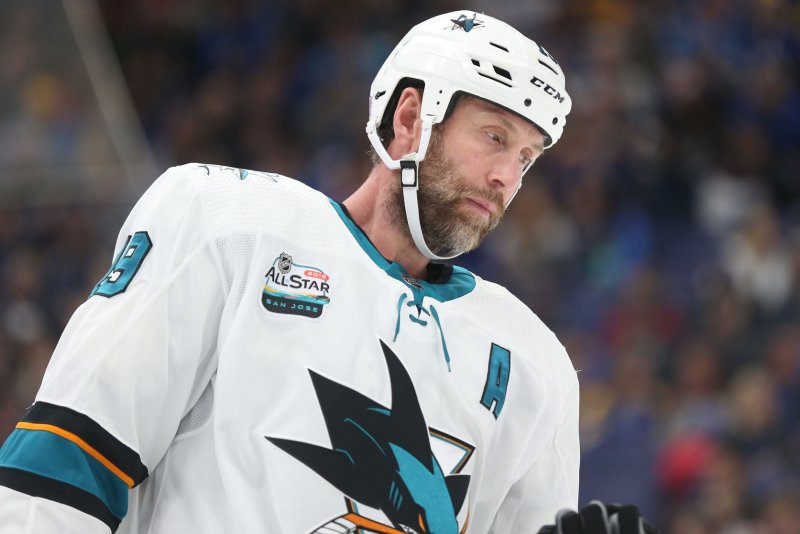 At 39 years old, Joe Thornton can still produce for the San Jose Sharks -- especially when facing the Toronto Maple Leafs.

Coming off another career milestone, "Jumbo Joe" looks to lead the Sharks to their sixth straight home win over the Maple Leafs on Thursday night at SAP Center.

After Joe Pavelski scored his second goal of the game late in the third period on Tuesday, Thornton posted his 400th career tally 13 seconds later to lift San Jose (10-6-3) to a 5-4 win over the Nashville Predators. The top overall pick by the Boston Bruins in the 1997 NHL Draft is the seventh player in history with 1,500 games played, 400 goals and 1,000 assists.

"I just want to play and have fun, and that's what you saw tonight," Thornton said.

Thornton, who sat out nine games last month with swelling in his surgically repaired right knee, is rounding into form with three goals in his last six contests.

"He created stuff tonight all night. He was good tonight. I thought he was even better than he was last game," Sharks coach Peter DeBoer said.

While with San Jose, Thornton hasn't faced Toronto as often as when he was with Boston. But when playing against the Maple Leafs at SAP Center, the veteran center is averaging nearly two points per game. He's logged multiple points in five of eight contests, totaling a goal and 14 assists.

Pavelski, meanwhile, has five points (three goals, two assists) through the first two games of the Sharks' six-game homestand and has thrived on home ice versus Toronto. In seven career matchups, San Jose's captain has seven goals, helping the club win each time.

The Sharks have outscored the Maple Leafs 22-6, while winning the last five meetings in Northern California.

Toronto (12-6-0) opened the California portion of a four-game road trip with a 5-1 rout of the league-worst Los Angeles Kings on Tuesday. Nazem Kadri scored two power-play goals and John Tavares added a man-advantage marker as the Maple Leafs improved to 7-1-0 away from home.

RELATED Penguins could be without Crosby vs. Lightning

"From start to finish, that was a pretty textbook road win," said Tavares, who has a team-best 11 goals and is tied with Mitch Marner for second on the club with 22 points, trailing only defenseman Morgan Rielly (23 points).

Tavares -- the top player from last summer's free-agent class -- has 16 points (nine goals, seven assists) on the road this season, including five multi-point games. He's also averaging a point per game at the Shark Tank with two goals and four assists in six career meetings.

"A good sign tonight was just how many penalties we drew. I think that shows just how well we possess the puck," Tavares said of the win over the Kings.

However, Toronto is 1-for-11 with the man advantage during its losing streak in Silicon Valley.

Frederik Andersen has been a wall in net recently for the Leafs, allowing just three goals on 130 shots faced while winning each of his last four starts. However, the native of Denmark has never won in San Jose, posting an 0-6-0 record with a 2.95 goals-against average in seven games.

Martin Jones, a winner in eight of his last 10 starts for the Sharks, is 5-0-1 with a 1.78 GAA and a shutout in his career against Toronto while with San Jose.

According to the Bay Area News Group, Sharks winger Tomas Hertl may miss Thursday's game with a lower-body injury. Hertl, who has five goals and 11 assists in 16 contests, missed three games with a head injury before returning in Monday's 3-1 win over the Calgary Flames.