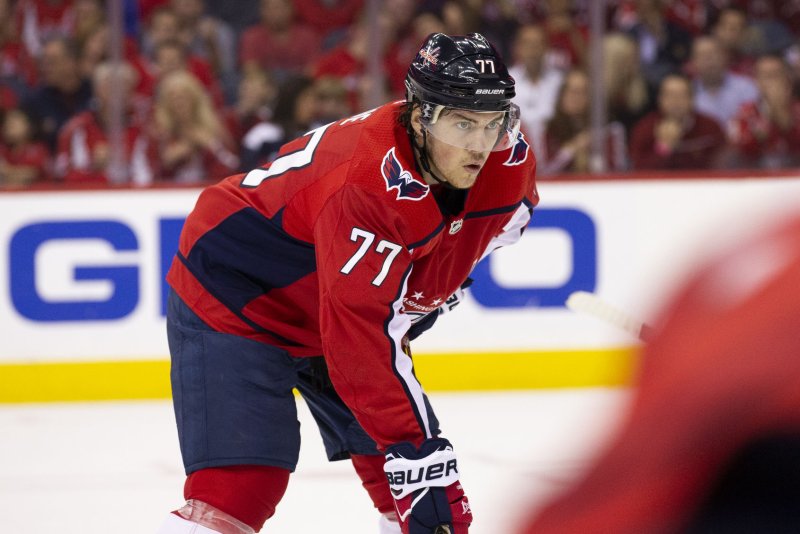 Washington Capitals right wing T.J. Oshie (77) waits for a face-off during the second round NHL playoff game between the Pittsburgh Penguins and Washington Capitals on April 26 at Capital One Arena in Washington, D.C. File Photo by Alex Edelman/UPI | License Photo

Cameras originally caught the embrace after the Capitals' Game 5 win against the Vegas Golden Knights on Thursday at T-Mobile Arena in Las Vegas. The Capitals released more footage from the postgame exchange in a video on Monday, shared on the team's social media platforms.

"We are the champions," the Capitals wrote for the caption on the video.

The 7-minute film begins with the Capitals getting off the plane, before showing game highlights. It later cuts to team captain Alexander Ovechkin hugging his friends and family before panning to Oshie meeting up with his father, Tim Oshie, who has Alzheimer's disease.

"I love you son," his dad replied.

"My dad ... he doesn't remember a lot of stuff these days," Oshie said while celebrating on the ice after the win. "But he remembers enough. But I tell you what, he's here tonight. I don't know where he is at. But this one will stick with him forever. You can guarantee that."

Tim Oshie was diagnosed with the disease in 2012. 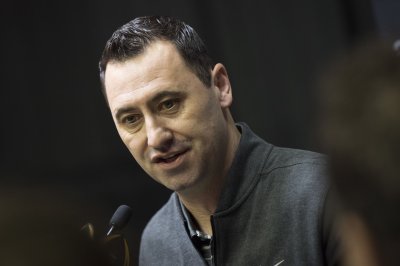