MONTREAL -- Paul Byron scored three goals to help the Montreal Canadiens to their fifth straight win, a 10-1 victory over the Detroit Red Wings on Saturday night.

Carey Price, who has been in goal for Montreal's five wins since returning from a lower-body injury, made 21 saves.

Johnson scored twice in the third period to break a tie and end a 15-game goalless drought dating to Oct. 24 at Carolina. Nikita Kucherov also scored twice to tie Alex Ovechkin for the league lead with 19 as the Lightning swept the two-game season series.

Andrei Vasilevskiy finished with 25 saves for his league-leading 17th victory of the season. Barclay Goodrow and Justin Braun scored for the Sharks, who saw a three-game winning streak come to an end. San Jose was 4-0-2 in its last six games.

Jason Pominville scored for Buffalo, which has lost four straight -- the first three by shutout -- and is 1-9-2 in its last 12 games. Pittsburgh rookie Tristan Jarry, playing on consecutive nights, stopped 32 shots while the Sabres' Chad Johnson made 24 saves.

WASHINGTON -- Alexander Ovechkin scored a tiebreaking power-play goal in the final minute of the second period and Washington defeated Columbus.

The 577th goal of Ovechkin's career ties him with Mark Recchi for 20th place on the all-time list, while the 218th power-play tally of his career moves Ovechkin into sole possession of 10th place on that list. Braden Holtby made 32 saves for the Capitals.

Dumba poked home a rebound after Charlie Coyle's initial shot was stopped by goaltender Jake Allen (23 saves). Ryan Suter added his fourth goal of the season and Devan Dubnyk made 41 saves for the Wild, who avenged a 6-3 loss to the Blues last week.

Patrik Berglund scored his second goal in as many contests for St. Louis, who has four of its past five games. The Blues had been 4-0-0 in the second game of back-to-back contests this season and won 12 straight in such situations before losing to Los Angeles and Minnesota the past two nights.

RALEIGH, N.C. -- Noah Hanifin scored with two seconds left in overtime and Cam Ward stopped 37 shots to move within one victory of 300 for his career as Carolina defeated Florida.

Jeff Skinner's team-leading 10th goal of the season midway through the third period gave the Panthers a 2-1 lead and snapped Skinner's eight-game streak without a goal after he registered nine over a 15-game span. Ward made 37 saves.

Aleksander Barkov scored his ninth of the season with 1:56 left, seconds after Carolina had pulled goaltender James Reimer for an extra attacker. Reimer made 44 saves.

PHILADELPHIA -- Brad Marchand returned from a jolting open-ice hit to score one goal and assist on another to lead Boston over slumping Philadelphia.

Tuukka Rask turned aside all 28 shots he faced for his first shutout of the season and the 38th of his career. Ryan Spooner and David Pastrnak also scored even-strength goals for the Bruins, who won for the sixth time in seven games.

The Flyers lost their 10th straight game (0-5-5) while suffering their sixth shutout of the season. The longest they have ever gone without a win came in the 1998-99 season, when they went 0-8-4. Brian Elliott made 24 saves.

Jacob Markstrom made 35 saves for the Canucks, who won their second straight. Vancouver was outshot 25-9 over the final two periods.

James van Riemsdyk scored for the Maple Leafs, who lost for only the fourth time in 13 games. Frederik Andersen stopped 24 shots for Toronto. 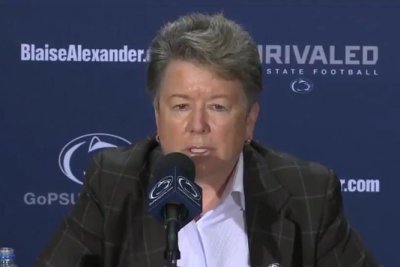