By Tom Musick, The Sports Xchange 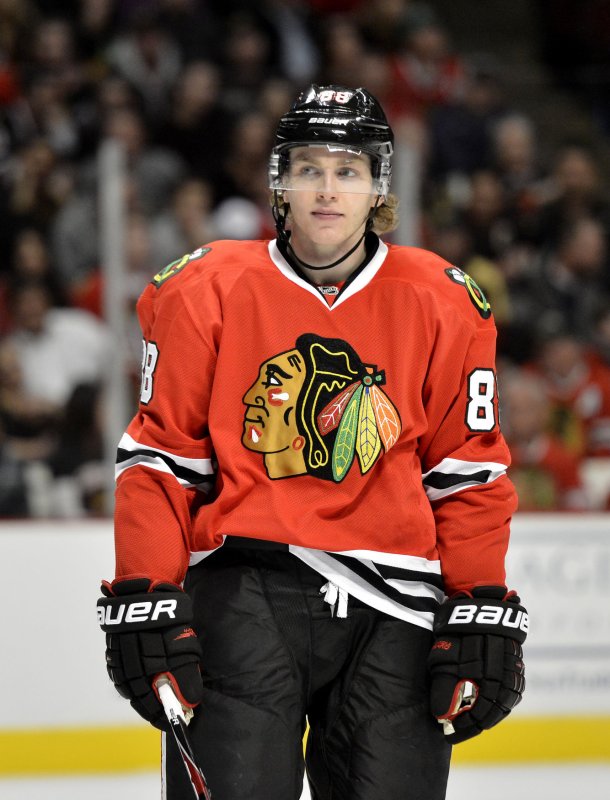 CHICAGO -- Brandon Saad scored a hat trick, and Ryan Hartman registered a goal and four assists as the Chicago Blackhawks stormed to a 10-1 win over the Pittsburgh Penguins on Thursday night.

Patrick Kane added a goal and three assists as the Blackhawks blitzed the defending Stanley Cup champions. Chicago (1-0-0) scored 10 goals in a game for the first time since Oct. 12, 1988.

Phil Kessel scored the Penguins' lone goal. Pittsburgh (0-1-1) has lost seven games in a row to the Blackhawks.

Blackhawks goaltender Corey Crawford turned aside 28 of 29 shots to earn the victory.

Chicago opened the outburst with five goals in the first period, including four goals in a 2:55 span. Kane set up two scores with dazzling backhand passes, one from behind the net and the other from the right circle.

Kane's first pass found Hartman, who punched in a shot from left of the crease. Forty-five seconds later, Saad scored on a two-on-one break with Richard Panik to make it 2-0.

Only 28 seconds passed before the Blackhawks struck again. Kane slid a pass to Nick Schmaltz, who scored on the backhand. Saad finished the flurry against Niemi when he collected a loose puck in the slot and ripped a low wrist shot into the net.

The Blackhawks pulled ahead 5-0 on a breakaway by Patrick Sharp with 2:59 left in the first period.

Pittsburgh broke the shutout when Kessel scored on a two-man advantage early in the second period. But any positive feelings for the Penguins were quickly swept away as Kane scored less than two minutes later.

Panik and Schmaltz added goals to make it 8-1 midway through the second period.

Saad notched his second career hat trick in the third period. Seabrook capped the scoring with 6:15 to play.

NOTES: Blackhawks RW Alex DeBrincat and D Jan Rutta each made their NHL debuts. DeBrincat, 19, led the Ontario Hockey League with 65 goals in 63 games last season. Rutta, 27, played in the Czech Republic. ... Penguins RW Patric Hornqvist missed his second straight game as he recovers from surgery on his hand. ... Blackhawks RW Marian Hossa received a loud ovation when he was introduced before the game. Hossa, 38, was placed on long-term injury reserve because of a skin disorder. ... Penguins D Chad Ruhwedel and RW Josh Archibald were healthy scratches. ... Blackhawks RW Patrick Sharp notched his 600th career point. 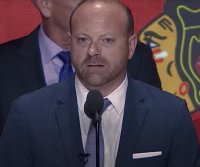 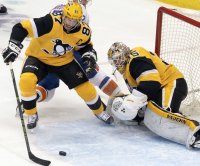