The Calgary Flames signed future Hall of Fame forward Jaromir Jagr to a one-year, $1 million contract, the team officially announced prior to Wednesday's season-opening game against the Edmonton Oilers.

Jagr, who will not suit up for Wednesday's game, can earn an additional $1 million in bonuses with Calgary, multiple outlets reported. The 45-year-old reportedly had been linked to the Flames earlier this week.

"Is pace his strongest asset? No, but then you figure how you support speed around him and ultimately allow him to bring his assets into play. He's different than other guys at 45 who depend primarily on pace.

"If you don't know what Jaromir Jagr's all about by now you haven't been paying attention. We want to get better. We feel he can make us better. So you do the deal."

Calgary coach Glen Gulutzan was the bench boss with the Dallas Stars when Jagr played for them in 2012-13.

Jagr recorded 16 goals and 30 assists while playing in all 82 regular-season games last season with the Florida Panthers, but the sides failed to come to terms on a new deal and parted ways on July 1.

Jagr has been selected for the NHL All-Star Game 13 times and voted to the NHL First All-Star Team seven times. He has played for the Pittsburgh Penguins, New York Rangers, New Jersey Devils, Boston Bruins, Philadelphia Flyers, Washington Capitals, Stars and Panthers during his decorated career.

NHL // 47 minutes ago
Capitals' Tom Wilson spoke to Artemi Panarin, wants to move on from incident
May 7 (UPI) -- Washington Capitals forward Tom Wilson said he reached out to New York Rangers star Artemi Panarin in the aftermath of a controversial incident between the players earlier this week. 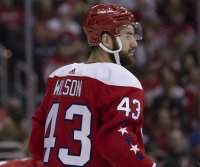 NHL // 2 days ago
New York Rangers rip NHL for handling of Tom Wilson incidents
May 4 (UPI) -- The New York Rangers called for the firing of George Parros, head of the NHL Department of Player Safety, after the league decided against suspending Washington Capitals forward Tom Wilson for a pair of incidents. 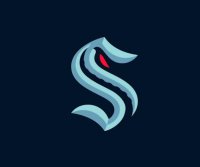 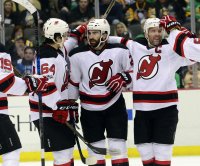