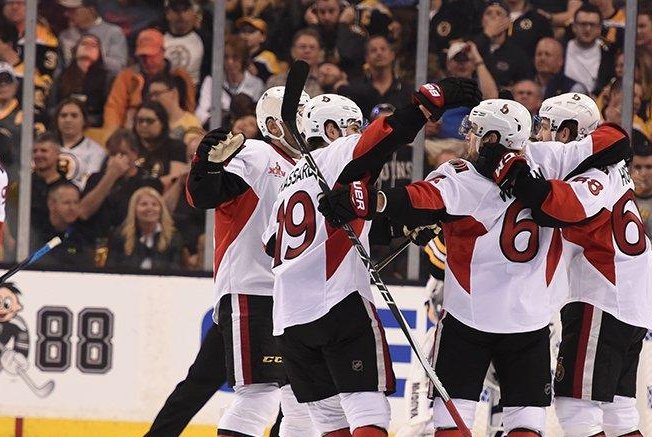 BOSTON -- The Ottawa Senators escaped with a win after blowing a three-goal lead Monday night.

The Boston Bruins thought the Senators had help.

That power play produced Bobby Ryan's game-winner at 5:43 of OT, Ottawa prevailing for a 4-3 victory and a 2-1 lead in the Eastern Conference first-round playoff series.

"Once they called it, it's our job to kill it," Cassidy said.

Riley Nash was in the penalty box for taking a swing at Ryan, and replays showed there easily could have been a penalty on both players, or even none at all given the history of penalties not being called in overtime. In this case, the officials penalized the retaliation.

Ottawa's Erik Karlsson, whose passing all night was a thing of beauty, hit a flying Kyle Turris with a pass into the zone that was close to being offside.

Turris then got the puck to Ryan, who tipped it past goaltender Tuukka Rask as the Senators overcame blowing a 3-0 lead to recapture home-ice advantage in the series. It was Karlsson's second assist of the game.

"It's one of those terrific games of the playoffs that people remember," said Sens coach Guy Boucher, whose team followed a Game 1 loss with two straight overtime wins.

Ryan scored his second goal of the series -- and made up for his failure to corral a puck that led directly to a David Backes goal in the Boston rally.

Asked how it felt to score the winner, Ryan said, "Great, especially because I owed one after the gaffe in the second period. I knew if I stuck with it I'd get a chance eventually and the guys around me made good plays to get me the puck in tight.

"It feels incredible and we took home-ice back and that's what's important."

Added Boucher: "I always say that you make your money during the season, but you make your reputation in the playoffs, and right now he's showing everybody that he's a gamer."

When the game ended, Bruins fans, irate over the penalty call, littered the ice with debris.

"I think it's the type of penalty -- that stuff was kind of let go all game," said Bruins pest Brad Marchand, who was in the middle of much of the post-whistle stuff all night. "It's tough, but we gotta bounce back and be better next game."

Game 4 is Wednesday night at TD Garden, where the Senators have won their last four games.

Mike Hoffman scored twice and Derick Brassard had a goal in regulation for the Senators.

Noel Acciari, Backes and David Pastrnak answered for the Bruins in their second straight three-goal second period. The three goals were scored on just seven shots in the period. The Bruins had just 10 shots through two periods.

Craig Anderson made 17 saves in the Ottawa goal, and Rask had 28 saves for Boston.

The Senators struck for two goals in 25 seconds in the first period, with Karlsson setting up both, and the Bruins scored twice in a 42-second span of the second.

Karlsson's long pass was right to a breaking Hoffman, who deked and scored with one hand on his stick, slipping the puck just by Rask. Karlsson then made a nifty play at the blue line to keep the puck in but didn't get an assist as Brassard took a pass from Ryan and made it 2-0 with his 20th career playoff goal.

The Bruins went the final 9:47 of the first period without a shot and had one in the final 16:18.

The home crowd, already uneasy, saw the Bruins give up another one when Hoffman scored again on the power play at 3:42.

Things then changed quickly, with Liles' flip from the left point deflecting in off Acciari, who was returning from injury for his playoff debut.

NOTES: C David Krejci, who missed the first two games of the series with an upper-body injury, returned for Boston. ... Senators D Mark Borowiecki, who sustained a lower-body injury in Game 2, was replaced by Ben Harpur, making his playoff debut. Harpur logged 17:26. ... D Tommy Cross, a Boston College product, made his playoff (and also his 2016-17) debut with the Bruins, who were missing four defensemen because of injury. Colin Miller skated in warmups but did not play. Cross had an assist, as did fellow D Charlie McAvoy, playing in his third NHL game. ... Senators D Erik Karlsson skipped the morning skate. Coach Guy Boucher said, "He never needs to practice." ... Boston Marathon finishers were asked to rise for the cameras during a first-period timeout. During the same break, Patriots owner Robert Kraft and president Jonathan Kraft were on the big board, followed by Bruins great Bobby Orr. ... The Bruins sent D Matt Grzelcyk, up as an emergency recall, back to AHL Providence during the game. 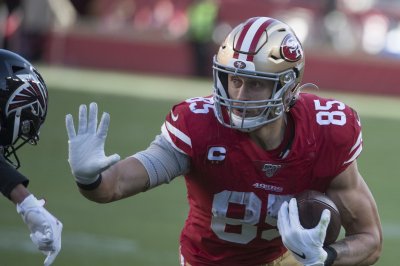