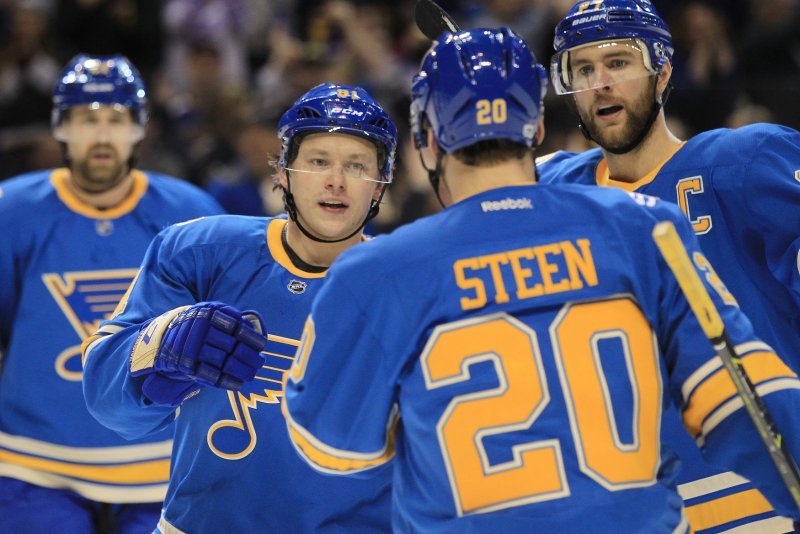 CALGARY, Alberta -- The Boston Bruins extended their winning streak to four games in a row with a 5-2 victory in Calgary, while making sure the Flames didn't set a franchise record for consecutive wins.

David Pastrnak had two goals, including one into an empty net with 2.1 seconds remaining, for the Bruins. Brad Marchand, David Backes and Matt Belesky also scored for Boston.

Alex Chiasson and Dougie Hamilton scored for the Flames, who tied a franchise record with their 10th straight victory on Monday when they beat the Pittsburgh Penguins 4-3 in a shootout.

PHILADELPHIA -- Wayne Simmonds and Sean Couturier each inched closer their career highs in goals and goaltender Steve Mason stopped 23 shots to record his third shutout of the season to lead Philadelphia over Pittsburgh at the Wells Fargo Center.

Claude Giroux and Dale Weise also scored for the Flyers, who snapped a three-game losing streak and moved within four points of the Toronto Maple Leafs and five points of the Tampa Bay Lightning and New York Islanders in their pursuit of the second wild-card spot in the Eastern Conference standings.

The Penguins' loss was their first in regulation since March 1, snapping a 5-0-1 stretch.

Matt Duchene also scored and Calvin Pickard had 27 saves for the Avalanche.

Andreas Athanasiou had a goal and Jimmy Howard stopped 28 shots in his second start back from the injured list for the Red Wings, who lost two straight.

ANAHEIM, Calif. -- Rickard Rakell and Ryan Getzlaf scored goals to give Anaheim a win over St. Louis at the Honda Center.

Goaltender Jonathan Bernier stopped 26 shots for his fourth successive win as the Ducks used their fourth victory in five games to take over second place in the Pacific Division by two points over the Calgary Flames.

Ivan Barbashev scored for the Blues, who received 20 saves from goalie Jake Allen.