By Joseph D'Hippolito, The Sports Xchange 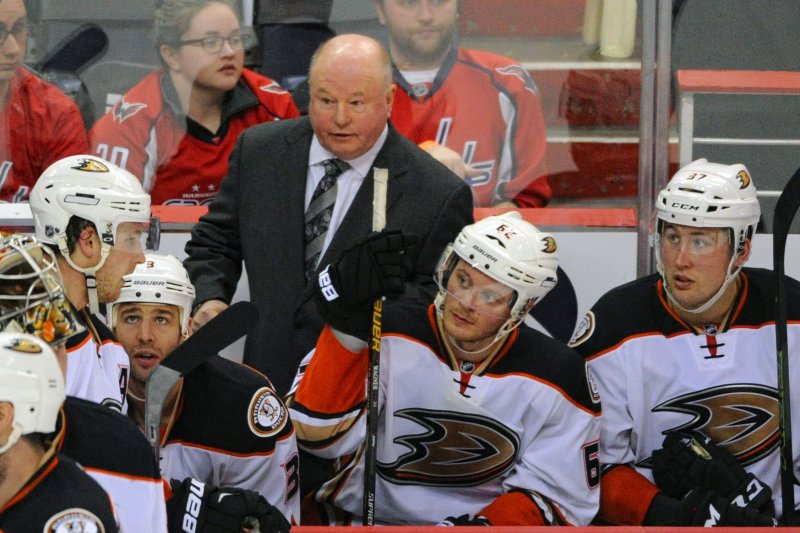 ANAHEIM, Calif. -- Despite some unforeseen plot complications, the script for the Anaheim Ducks' season ended just as it did for the past three: losing a seventh game in the Stanley Cup playoffs.

Yet those complications intensified the pain of the Ducks' latest playoff disappointment, a 2-1 defeat to the Nashville Predators in the Western Conference quarterfinals.

According to Anaheim coach Bruce Boudreau, the Wednesday loss contained a stronger sting than the previous years' finales.

"With the way the score was and the way we were pushing, I'd say yes, especially with how hard we had to push from November just to get to where we were," Boudreau said. "We did everything the hard way."

Expected by many to win this year's Stanley Cup, the Ducks compiled the NHL's worst record through November before changing their emphasis from speed to physical power. As a result, Anaheim nullified a 16-point deficit to win the Pacific Division and finish with more than 100 points for the third consecutive year.

However, maintaining that pace will depend on how the Ducks spend their money during the offseason.

Likely to leave are left wingers David Perron and Jamie McGinn, who arrived at the trading deadline, and centers Mike Santorelli and Shawn Horcoff. Their absence would give two young forwards, 20-year-old Nick Ritchie and 24-year-old Chris Wagner, the chance to establish themselves.

Ritchie and Wagner would lower the overall age of a forward corps whose youngest player under contract is 25-year-old Jakob Silfverberg, who finished with a career-high 20 goals. Rakell, 22, added another 20 goals as a center and a left winger.

Youth will be important because Ryan Getzlaf and Corey Perry -- the team's biggest stars -- will turn 31 in May. Ryan Kesler, arguably the Ducks' most valuable player this season because of his two-way contributions, will be 32 when training camp begins. All three remain effective, yet all three are watching their chances to win a Stanley Cup diminish with time.