Kyle Pitts, George Kittle, Otton and David Njoku join Kelce in the Top 5 of my weekly Top 20 rankings, which are listed below.

All of my must-start options are within the Top 14 of my rankings, which means they should be started in leagues with at least 14 teams that require starting tight ends.

Mark Andrews, Hayden Hurst, Tyler Conklin and Hunter Henry are among the players who should be benched or dropped due to Week 10 byes for the Baltimore Ravens, Cincinnati Bengals, New York Jets and New England Patriots.

Otton is my No. 4 tight end for Week 10 and should be started in all leagues that require starting the position. The Tampa Bay Buccaneers rookie scored his first touchdown of the season in Week 9. He also averaged five targets per game over his last six appearances.

Like most tight ends, Otton likely will need to score a touchdown to provide elite fantasy football value, but I love his chances this weekend against the Seattle Seahawks.

The Seahawks allowed the most fantasy points and receiving yards per game to tight ends through nine weeks. They also allowed either 58 yards and/or a touchdown to a tight end in each of their last eight games.

Otton is a near lock for at least four catches for 50 yards. He also should find the end zone. 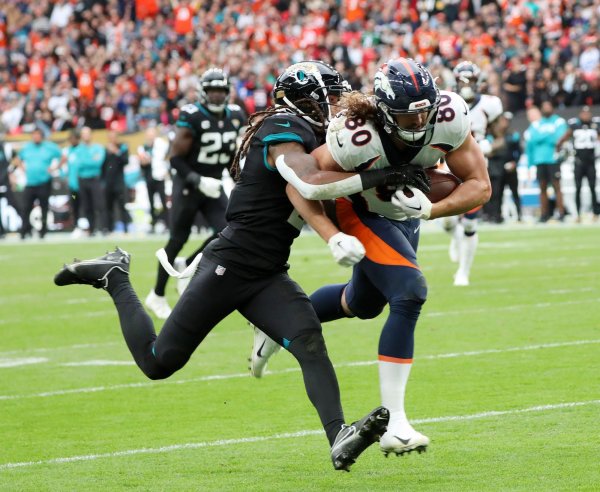 Denver Broncos tight end Greg Dulcich should be started in all fantasy leagues that require starting the position. File Photo by Hugo Philpott/UPI

Dulcich totaled a season-high 87 yards on four catches in Week 8 and was on bye in Week 9. The Denver Broncos rookie averaged 5.7 targets, four catches and 60.7 receiving yards per game through his three appearances this season.

This week, the Broncos will face the Tennessee Titans. The Titans just allowed 10 catches for 106 yards in Week 9 to Kansas City Chiefs tight end Travis Kelce. Dulcich isn't quite as talented as Kelce, but he still can provide you with solid fantasy football production in Week 10.

The Titans allowed the third-most receiving yards, tied for allowing the fourth-most catches and surrendered the sixth-most fantasy points per game to tight ends through nine weeks.

I expect Broncos quarterback Russell Wilson to keep targeting this rookie going forward. My No. 8 option for Week 10 should be started in all leagues that require starting the position.

Njoku is my No. 5 play for Week 10. The Cleveland Browns pass catcher will face the Miami Dolphins. The Dolphins allowed the third-most catches per game (6.3), fourth-most fantasy points, eighth-most receiving yards to tight ends so far this season.

The Dolphins likely will attempt to limit running back Nick Chubb and the Browns rushing attack in this matchup. I also expect Dolphins star cornerback Xavien Howard to lock down at least one Browns wide receiver. Those factors should lead to extra targets for Njoku, who averaged six targets per game through his first seven appearances of 2022.

Njoku ranks second on the Browns with 59.7 receiving yards per game. I expect the veteran tight end to haul in at least eight catches for 70 yards and a score in a Browns victory.

Fant is my No. 11 option for Week 10, but should only be used as a streaming play. The Seahawks pass catcher totaled a season-high 96 yards on five catches in Week 9. He logged at least 45 receiving yards in three of his last five games.

Fant is a bit of a risky play, but I like his odds to score Sunday against the Buccaneers. The Buccaneers allowed the 10th-most fantasy points per game to tight ends through nine weeks.

Look for Fant to log at least 45 yards once again. He could climb into the Top 10 range if he scores.

7. Dallas Goedert, Philadelphia Eagles vs. WAS

16. Pat Freiermuth, Pittsburgh Steelers vs. NO 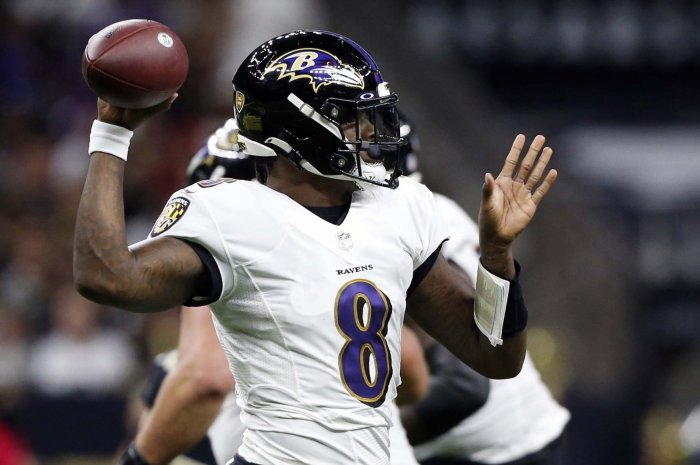 NFL // 1 day ago
Bengals' Pratt regrets yelling at teammate Ossai for penalty vs. Chiefs
Jan. 31 (UPI) -- Linebacker Germaine Pratt told reporters that he was "wrong" for screaming at teammate Joseph Ossai for the role his penalty played in the Cincinnati Bengals' loss to the Kansas City Chiefs in the AFC title game.

NFL // 2 days ago
Chiefs' repeat third down vs. Bengals prompted by game clock error, referee says
Jan. 30 (UPI) -- A clock operator failed to stop the time late in the Kansas City Chiefs' AFC title game win over the Cincinnati Bengals, which led to a highly criticized decision to replay a third down, referee Ron Torbert said.