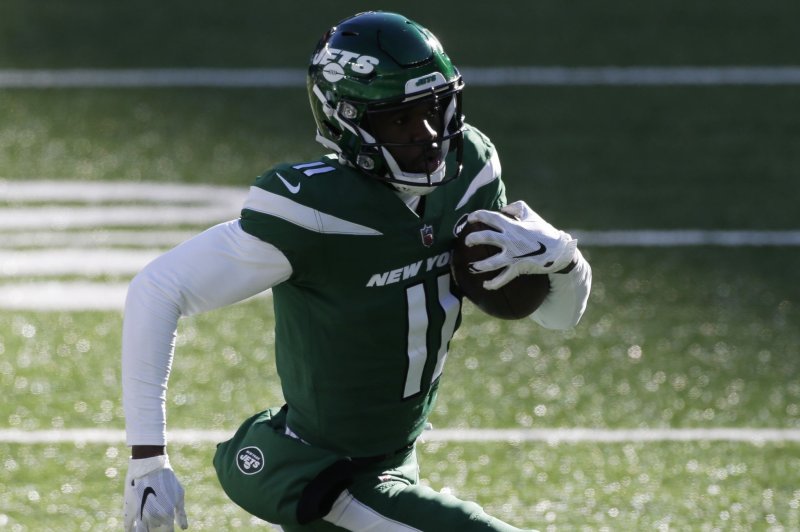 "It's just time," agent Ron Slavin said Thursday in the statement. "Denzel tried in good faith but it's clear he does not have a future with the Jets. Denzel vowed to come back better than ever this season and worked extremely hard in the offseason to make that happen.

"Still, he has been given no opportunities with the starting offense to get in a groove with them."

Mims, the No, 59 overall pick in the 2020 NFL Draft, totaled 133 yards on eight catches in 11 games last season. He recorded 23 catches for 357 yards in nine games during his rookie campaign. He did not score a touchdown through his first 20 NFL appearances.

He also was listed behind Davis, Braxton Berrios and Moore on the Jets' first unofficial depth chart. Wilson also is expected to be ahead of Mims on the depth chart.

"We feel at this point a trade is our only option, since the Jets have told us repeatedly they will not release him," Slavin said.

"Joe Douglas has always done right by Denzel and we trust he will do everything in his power to find another team where Denzel can be a contributor."

Mims totaled five catches for 68 yards in the Jets' first two preseason games. The Jets will host the New York Giants in their preseason finale at 1 p.m. EDT Sunday in East Rutherford, N.J. They will host the Baltimore Ravens in their season opener at 1 p.m. Sept. 11 at MetLife Stadium.