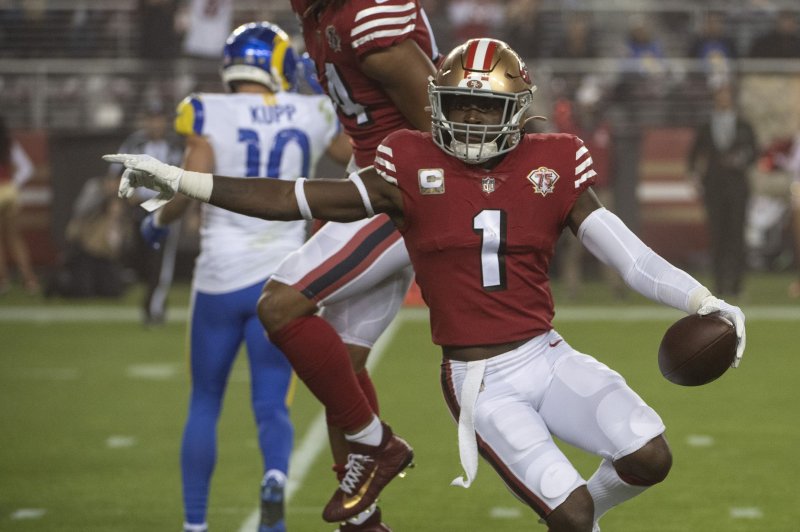 Ward, who started 16 games last season for the 49ers, sustained the injury in practice Sunday and did not practice Monday. Shanahan said Ward "pulled his hamstring a little worse than" other players who recently sustained similar injuries.

Tarvarius Moore and Tayler Hawkins are listed as backups at strong safety.

Shanahan said the 49ers will "mix it around" with those players and that they are "neck and neck" when it comes to who could get the most work in Ward's absence.

"We have George, who's done a good job," Shanahan said. "We probably will have to add some more people there, especially with [CB] Dontae [Johnson], because Dontae has done a real good job also. But he might be out this week too with his rib cartilage, so we'll see how it goes with the roster.

"We might move our nickel [defensive backs] around a little bit just for some guys, but hopefully we'll get some more guys in here soon."

Ward was the No. 16 rated safety in the NFL last season, according to Pro Football Focus. His 90.2 rating as a run defender was the best at the position.

The eight-ear veteran joined the 49ers as the No. 30 overall pick in the 2014 NFL Draft. Ward totaled a career-high 77 combined tackles, six passes defensed, two interceptions and a touchdown last season.

NFL // 3 days ago
Burrow leads Bengals over Dolphins; QB Tagovailoa suffers concussion
Sept. 30 (UPI) -- Joe Burrow threw two passing scores to lead the Cincinnati Bengals to their second win of the season, while the Miami Dolphins lost quarterback Tua Tagovailoa to a concussion in the first game of the NFL's Week 4 slate.
Advertisement