Michigan's David Ojabo (55) is one of the top remaining prospects in the 2022 NFL Draft. File Photo by Aaron Josefczyk/UPI | License Photo

Trades highlighted the first day of the draft Thursday and reshuffled the selection order in the second round.

The Tampa Bay Buccaneers now have the No. 33 overall selection and are scheduled to launch the second round. The Minnesota Vikings, Tennessee Titans, New York Giants and Houston Texans also have Top 5 picks in the second round.

Just one quarterback, Kenny Pickett from Pittsburgh, was selected in the first round. Malik Willis from Liberty, Matt Corral from Mississippi and Desmond Ridder from Cincinnati were among the other quarterbacks who were expected first-round selections.

Several of those top passers should be picked in the second or third round.

Here are my top overall targets for Day 2:

The 5-foot-11 linebacker was an expected Day 1 selection, but slipped out of the first round. Dean, an All-American at Georgia, could be a great fit as the second pick in the second round due to the Minnesota Vikings needs at linebacker.

The 6-foot-4, 250-pound pass rusher was considered an easy first-round pick before he tore his Achilles at his pro day last month at Michigan. The second-team All-American played alongside No. 2 overall pick Aidan Hutchinson while with the Wolverines.

The Tampa Bay Buccaneers, Minnesota Vikings, Texans, Chicago Bears and Seattle Seahawks are among the teams I expect to consider picking Ojabo on Friday.

Breece Hall is my favorite running back of the draft class. He drew comparisons to former Bears playmaker Matt Forte during the pre-draft process. The 5-foot-11, 217-pound running back would be a great fit for the Atlanta Falcons, Arizona Cardinals or Cincinnati Bengals on Friday or Saturday.

The 6-foot-2, 212-pound passer will likely compete with former Liberty quarterback Malik Willis to be the first quarterback taken Friday.

Corral would be undersized as an NFL quarterback, but his production in college made him into a stellar prospect.

The Lions, Texans, Panthers, Falcons and Seahawks all pick in the Top 10 on Friday and each team needs a quarterback.

I expected Willis to be the first quarterback selected Thursday, but the former Liberty star slipped out of the first round. Willis is arguably the most athletic quarterback in the class, with great movement as a runner and a strong arm.

The 6-foot, 219-pound quarterback also is a bit undersized, but his athletic upside could provide a great boost for any offense.

I think his best landing spot would be with the Seahawks, but several other franchises will likely target Willis in the second round.

Raimann, a 6-foot-6, 303-pound offensive tackle, should be the first offensive lineman to come off the board Friday.

The Jaguars, Jets, Steelers, Titans, Packers, Cardinals and Colts are among the teams I expect to target Raimann in the second round. 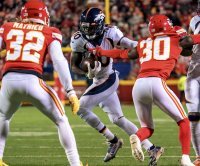 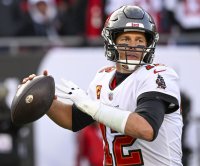 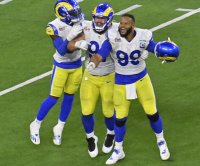