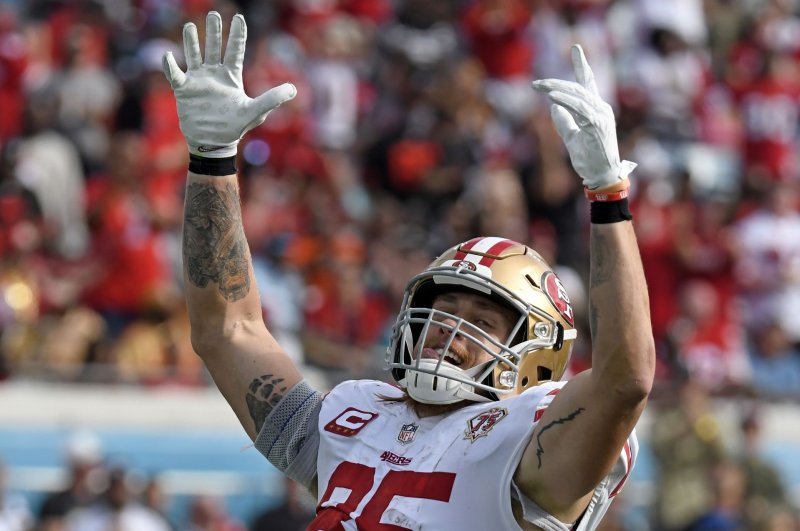 Dalton Schultz, Kyle Pitts, Dallas Goedert, Evan Engram and Pat Freiermuth round out my Top 10 options for Week 12. Dan Arnold and Jack Doyle are among my low-end tight end streamers.

Travis Kelce and Zach Ertz are among the players who should be out of your starting lineup, as the Kansas City Chiefs and Arizona Cardinals serve Week 12 byes.

The top-tier tight ends should not leave your lineup, unless they are on a bye or injured, if you are in a league that requires starting the position.

Look for players with great matchups on a weekly basis if you didn't draft an elite option. I recommend starting a tight end who will be the first or second target in their respective offense.

Here are some of my favorite players in this week's Top 20 rankings:

Darren Waller of the Las Vegas Raiders is my top fantasy football tight end for Week 12. Waller caught seven passes for a season-high 116 yards in Week 11. He received at least seven targets in eight of his nine starts this season.

The Raiders star faces the Dallas Cowboys on Thursday in Arlington, Texas. The Cowboys allowed the eighth-most fantasy points per game to tight ends through 11 weeks. I expect this game to be a shootout, with Raiders quarterback Derek Carr targeting Waller at least 10 times.

He should turn those targets into at least eight catches for 100 yards and a score.

Look for the Colts to focus on the Buccaneers outside pass-catching threats. Gronkowski should respond with a handful of catches in the middle of the field.

He also remains one of the league's top targets in the red zone. I expect at least six catches for 60 yards and a touchdown from Gronkowski on Sunday in Indianapolis.

Denver Broncos tight end Noah Fant is my No. 5 option for Week 12. Fant received at least five targets in three of his last four games. He caught five passes for 59 yards in Week 10 against the Philadelphia Eagles.

I expect Fant to continue his success out of the Broncos' Week 11 bye. The Broncos battle the Los Angeles Chargers on Sunday in Denver. The Chargers are tied for allowing the most receiving scores (9) to tight ends, despite already serving their bye.

They also allowed the second-most fantasy points per game to the position and allowed two different Pittsburgh Steelers tight ends to score in Week 11.

Fant is a near-lock for at least six catches for 50 yards. He could provide elite TE1 value if he scores.

New York Giants tight end Evan Engram is my No. 9 option for Week 12. Engram scored touchdowns in two of his last three games. He received at least four targets in seven of eight games this season.

This week, the Giants battle the Philadelphia Eagles. The Eagles are tied with the Chargers for allowing the most touchdowns to tight ends. They also just allowed five catches for 58 yards and a score to New Orleans Saints tight end Adam Trautman.

For the season, they've allowed a league-high 811 yards, 81 catches and the most fantasy points per game to the position.

I expect Engram to total close to 100 yards on at least eight catches in this matchup. He should be started in all leagues that require starting a tight end. He also can be used at WR/TE in leagues with at least 14 teams.

Dan Arnold of the Jacksonville Jaguars is my No. 12 tight end. Arnold received at least seven targets in four of his last six games. He also gained at least 60 yards in those appearances. I expect a similar performance in Week 11, when the Jaguars face the Atlanta Falcons.

Look for Jaguars quarterback Trevor Lawrence to be very successful Sunday in Jacksonville, Fla. He should produce at least 250 passing yards and two scores. Arnold is a near-lock for at least six catches for 50 yards, but is a touchdown-or-bust play.

He should only be started in 12-team leagues that require starting a tight end.

Indianapolis Colts tight end Jack Doyle is another touchdown-or-bust streaming start in Week 12, if you are in a league that requires starting the position.

Look for the Colts tight end to find the end zone for a third time against the Tampa Bay Buccaneers on Sunday in Indianapolis. The Buccaneers should lead in this game, resulting in more pass attempts for the Colts. That should lead to more looks for Doyle, especially in the red zone.

16. Dawson Knox, Buffalo Bills at NO

17. Gerald Everett, Seattle Seahawks at WAS