Oct. 13 (UPI) -- Miami Dolphins starting quarterback Tua Tagovailoa returned to practice Wednesday for the first time since he fractured his ribs during Week 2 against the Buffalo Bills.

Tagovailoa was placed on injured reserve after suffering the rib injury in the Dolphins' 35-0 loss to the Bills on Sept. 19. He has missed the Dolphins' past three games due to the ailment.

Miami designated Tagovailoa to return Tuesday, and Dolphins head coach Brian Flores said the plan is for the second-year quarterback to play Sunday against the Jacksonville Jaguars.

"We're excited to get him back. I know he's excited to be out there," Flores told reporters Wednesday. "We'll take it one day at a time, still. We're moving enough in the right direction that he'll be out there. He'll have the opportunity to practice and hopefully play in the game."

The Dolphins lost each of their three games without Tagovailoa in the lineup. Tagovailoa was replaced by veteran backup Jacoby Brissett, who suffered a hamstring injury in Sunday's loss to the Tampa Bay Buccaneers.

Flores previously said that Tagovailoa was still dealing with pain in his ribs, but the Alabama product won't let the injury keep him off the field any further.

"If you ask him, he's 100%. He's fine," Flores said of Tagovailoa. "He's not going to tell anybody any different. He's made a lot of progress there. He's dealing with something, he's going to tough it out. That's just the type of kid he is.

"But we're hoping he'll do well in practice today and be available this weekend. ... My expectation is that both guys will be available."

Tagovailoa had 202 passing yards with a touchdown and an interception in his lone full game this season -- a 17-16 win over the New England Patriots in Week 1.

NFL // 7 hours ago
Cardinals' J.J. Watt ruled out for TNF game vs. Packers due to shoulder injury
Oct. 27 (UPI) -- Arizona Cardinals defensive end J.J. Watt was ruled out of Thursday night's game against the Green Bay Packers because of a shoulder injury, the team announced. 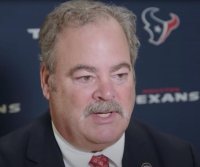 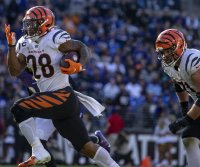 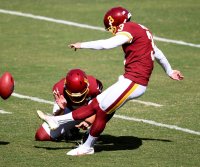