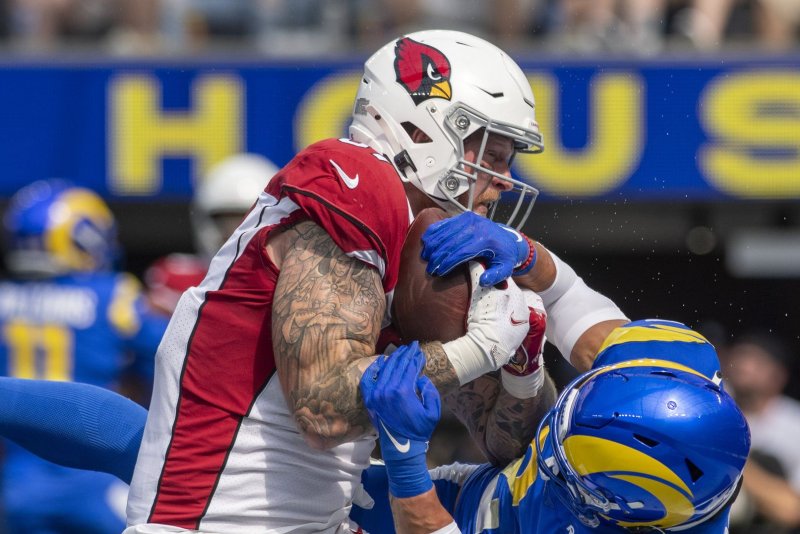 Oct. 13 (UPI) -- Arizona Cardinals head coach Kliff Kingsbury said Wednesday that tight end Maxx Williams, who was placed on injured reserve with a knee injury, was "done for the season."

Kingsbury didn't reveal what Williams' exact knee injury was, telling reporters: "I don't want to get into that at this point."

Williams suffered the gruesome injury during the first half of Sunday's divisional game against the San Francisco 49ers. Williams' right knee buckled after a low hit by 49ers defensive back Emmanuel Moseley near the sideline.

The 27-year-old Williams immediately grabbed at his injured knee and was eventually carted off the field.

"I just want to say thank you to everyone who has reached out with support," Williams wrote Wednesday on Twitter. "Your thoughts and prayers mean more to me and my family then words can explain! This is just a speed bump not a road block for my career! Looking forward to being back and stronger next year!"

Williams ends the season with 16 receptions for 193 yards and a touchdown. He was on pace to set career highs in all three of those categories.

Cardinals star quarterback Kyler Murray, who was limited in Wednesday's practice because of a shoulder issue, said others will have to step up after Williams' injury.

"When a guy goes down, it's an opportunity to step up and kind of make those plays and fill that void," Murray said. "I'm excited to see what these guys can do."

The Cardinals activated tight end Darrell Daniels from the reserve/COVID-19 list on Tuesday. The team also has Demetrius Harris at the position.