Aug. 25 (UPI) -- New York Jets defensive lineman Vinny Curry will be sidelined for the entire 2021 season after being diagnosed with a rare blood disorder last month that required the removal of his spleen and triggered additional complications.

In a statement posted on social media Wednesday, Curry said he was initially projected to return to the field in mid-September. However, blood clots formed and forced him to go on blood thinners, preventing him from having physical contact for three to six months.

"While I am incredibly disappointed that I will not be able to play with my teammates this year, I am thankful that the doctors identified my condition in time," Curry said. "They have informed me that I am expected to make a full recovery and return to the field next season.

"I am grateful to all those who have reached out to me on the phone, through social media and in person. I can promise them all that I will be back stronger and more determined than ever."

On Tuesday, Curry became ineligible to play this season after the Jets transferred him from the exempt/NFI list to the reserve/non-football injury list. The team didn't provide a reason.

Curry, who was a member of the Philadelphia Eagles' 2017 Super Bowl championship team, signed a one-year, $1.3 million contract with the Jets in March. The deal contained no signing bonus, but his base salary of about $1.08 million was fully guaranteed. 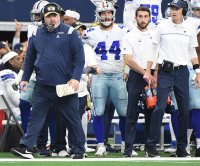