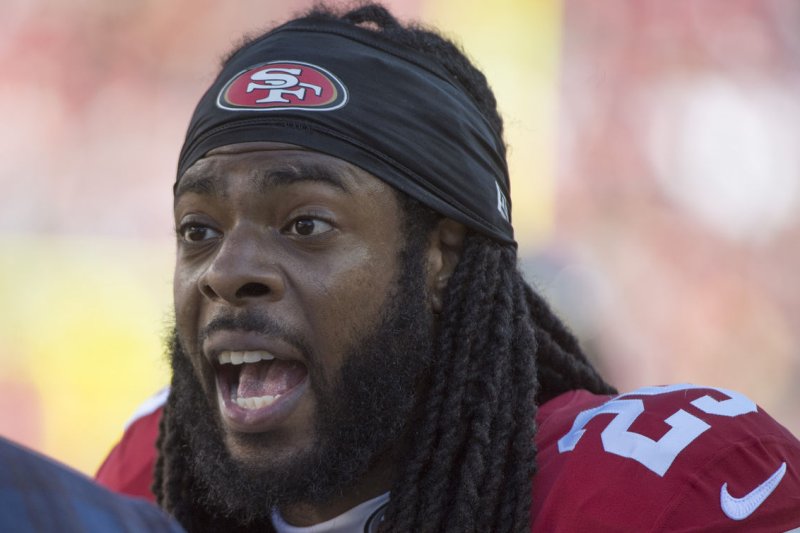 He is scheduled to appear in court at 11:30 a.m. EDT Friday in Seattle.

"We're investigating the circumstances related to these allegations by the state," Sherman's attorney, Cooper Offenbecher, told reporters Thursday. "Richard is thankful to have support of his family and friends. We look forward to vigorously defending this case in court."

Sherman's wife, Ashley Moss, told the Seattle Times that Sherman "did not harm anybody" during the incident, which occurred at her parents' home in Redmond, Wash.

Redmond Police Department incident reports state that Sherman attempted to break into the house just before 5 a.m. EDT Wednesday. Officers responded and made contact with Sherman. They deployed a police dog to "gain control" of the NFL star.

Sherman and the responding officers sustained minor injuries as the result of the altercation and K9 deployment. The NFL veteran received treatment at a local hospital before he was booked into King County Correctional Facility.

Police released audio of two 911 calls in connection with the incident. Video of the incident surfaced Thursday on social media.

Sherman, 33, spent his last three seasons with the San Francisco 49ers. He spent the first seven seasons of his career with the Seattle Seahawks. The five-time Pro Bowl selection won a Super Bowl with the Seahawks in 2014.