The news of a heart donor came eight days after Olsen's son, TJ, was placed on the transplant list.

"Today is a day of mixed emotions," Olsen wrote on Instagram. "A day we have prayed for has arrived. We were alerted [Thursday] night that there was a donor match for TJ to receive his heart transplant.

"Walking our little boy, with tears of hope and fear in our eyes, was one of the toughest moments of our lives. We ask for everyone's prayers for TJ and his amazing team of doctors and nurses."

Later Friday, Olsen said TJ was out of surgery and will be sedated for a few days. He also expressed his condolences and gratitude to the donor family for their "selflessness during a tragic time."

"TJ is finished with surgery and is being transferred to the ICU," Olsen wrote on Twitter. "We won't be able to see him for a few more hours but his doctors are very happy with the surgery. TJ will be sedated for a few days but his road to recovery has begun.

"We also want to ask that everyone takes a second to pray for our donor family. Their selflessness during a tragic time gave our boy a chance at life. We don't know who they are, but we will forever be grateful for every day we get to have with TJ."

Olsen's son was born in 2012 with a congenital heart defect that required four procedures, including three open-heart surgeries and the installation of a pacemaker.

Last month, Olsen wrote on social media that TJ's heart was "reaching its end" and that "could lead to a transplant."

Olsen and his wife, Kara, started the HEARTest Yard initiative shortly after the birth of TJ and his twin sister, Talbot, to help raise money for less fortunate families going through similar crises.

The 36-year-old Olsen has donated millions to that charity, and he also helped in the building of a 25,000-square-foot facility at Levine Children's Hospital in Charlotte, N.C., known as the HEARTest Yard Congenital Heart Center. 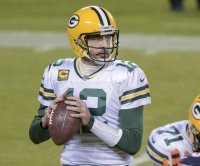 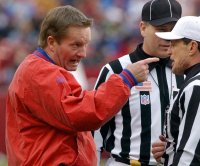 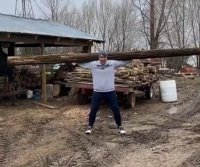