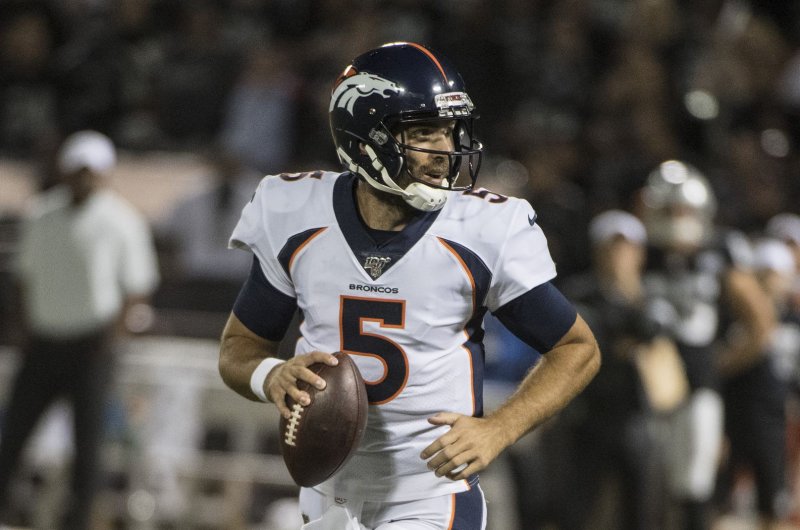 March 23 (UPI) -- Veteran quarterback Joe Flacco has agreed to a short-term contract with the Philadelphia Eagles, his agency announced Tuesday.

League sources told ESPN and NFL Media that Flacco is signing a one-year deal worth $3.5 million guaranteed. According to the outlets, he can earn an additional $4 million in incentives, bringing the max value of the contract to $7.5 million.

"Congratulations to our client @JoeFlacco on signing with the @Eagles #NextChapter," Flacco's agency, JL Sports, wrote on Twitter.

Flacco is expected to serve as the backup to Eagles quarterback Jalen Hurts, who is the presumed starter after Philadelphia traded Carson Wentz to the Indianapolis Colts earlier this off-season.

The Baltimore Ravens selected Flacco in the first round of the 2008 draft out of Delaware. He spent his first 11 NFL seasons with the Ravens, guiding the team to a Super Bowl championship in the 2012-13 campaign. He was named Super Bowl XLVII MVP that season.

The Ravens traded Flacco to the Denver Broncos for a fourth-round draft pick in the 2019 off-season. He spent the 2019 season in Denver before signing a one-year deal with the New York Jets as a free agent.

The 36-year-old Flacco played in five games for the Jets last season and went 0-4 as the team's starter.