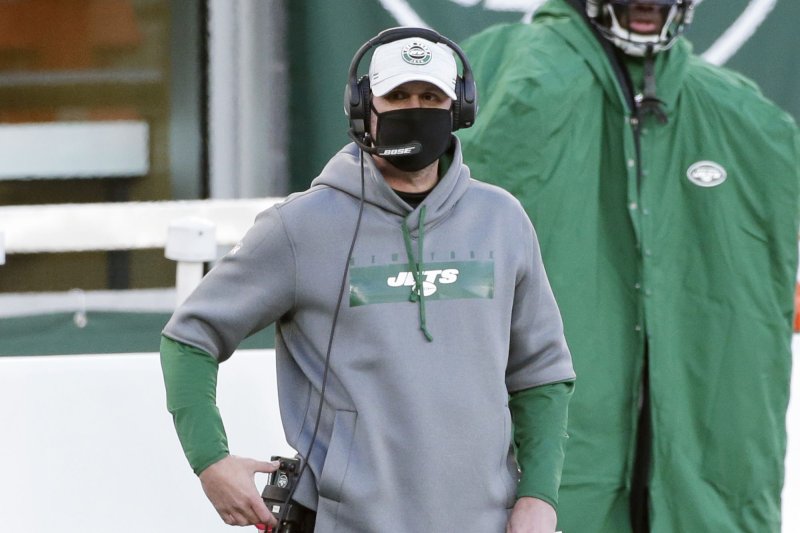 Jets CEO Christopher Johnson made the announcement after the Jets' 28-14 loss to the New England Patriots. With the defeat, the Jets finished 2-14 in the 2020 season.

"This evening, I informed Adam Gase he will no longer serve as the head coach of the Jets," Johnson said in a statement. "During his time here, I had the pleasure to get to know Adam and his wonderful family and wish them nothing but the best moving forward.

"While my sincere intentions are to have stability in our organization -- especially in our leadership positions -- it is clear the best decision for the Jets is to move in a different direction. We knew there was a lot of work that needed to be done when Adam joined us in 2019. Our strong finish last year was encouraging, but unfortunately, we did not sustain that positive momentum or see the progress we all expected this season.

"To our fans, it is obvious we have not been good enough. We are committed to building a strong organization, on and off the field, and will continue to provide the necessary resources to field a team that you can be proud of."

Gase, whose contract runs through 2022, posted a 9-23 record with the franchise. Under Gase, the Jets had a franchise-record 13-game losing streak to begin 2020 and again struggled offensively.

The Jets finished 32nd in total offense for the second consecutive year, and quarterback Sam Darnold entered Week 17 as the lowest-ranked quarterback in the NFL.

"It [expletive] me off," Gase said last week of the Jets' offensive woes. "If there's one side of the ball I want to make sure is right, it would be that one. It has not happened, and that's on me."

The Jets have gone five straight seasons without a winning record. The franchise hasn't reached the playoffs since the 2010-11 campaign.