The Denver Broncos acquired A.J. Bouye (21) in a trade with the Jacksonville Jaguars this past off-season. File Photo by Aaron Josefczyk/UPI | License Photo

League sources told ESPN, NFL Media and KOA NewsRadio in Colorado on Tuesday that Bouye is involved in a similar situation as Houston Texans wide receiver Will Fuller and his teammate, cornerback Bradley Roby. Fuller and Roby each were suspended six games by the league last month.

Both players said their positive tests resulted from taking a product they were told was safe but contained at least one banned substance.

In a statement last week, Fuller said: "Earlier this year, I sought treatment from a medical professional who prescribed medication that he believed to be permitted under the NFL's drug policy. As it turns out, my trust in this professional was misplaced because this medication was not a permitted substance under the NFL Policy on Performance Enhancing Substances."

Roby posted a statement on social media, saying: "[A] few months ago, I unknowingly used a product that was contaminated with a banned substance by the NFL. I recognize that it is my job to know, and be responsible for, everything I put in my body."

Their suspensions will run through their final five games of this year and the season opener in 2021.

If Bouye is suspended for a similar length of time, it would mean he will miss the Broncos' last four games of this season and the first two in the 2021-22 campaign. The 29-year-old Bouye and Fuller were teammates with the Texans in 2016.

The Broncos acquired Bouye in a trade with the Jacksonville Jaguars this past off-season. He has missed four games this year due to a shoulder injury and one because of a concussion.

Bouye has struggled at times when returning from those injuries and has 23 total tackles this season. 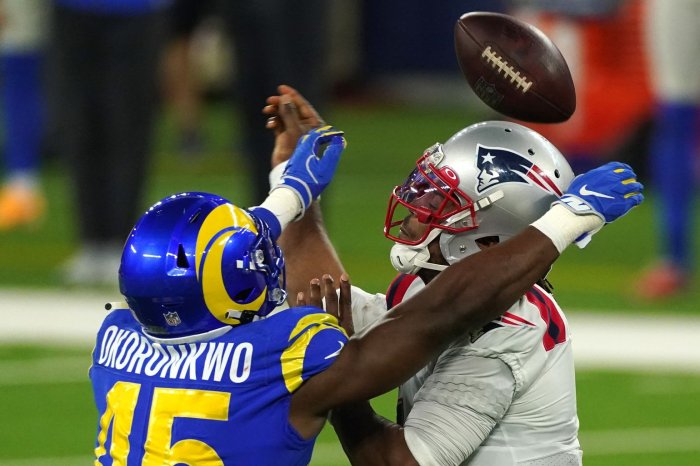 NFL // 5 days ago
FCC proposes $504,000 fine for Fox TV over fake emergency alert
Jan. 24 (UPI) -- A video promotion aired before a game between the New York Giants and Philadelphia Eagles on the Fox TV network in 2021 violated federal rules about mimicking an emergency alert, the FCC said Tuesday in proposing a $504,

NFL // 6 days ago
McCaffrey, 49ers slip by 'disappointed' Cowboys, advance to NFC title game
Jan. 23 (UPI) -- Christian McCaffrey scored on a go-ahead touchdown run at the start of the fourth quarter to give the San Francisco 49ers their final edge in a victory over the Dallas Cowboys, clinching a spot in the NFC title game.

NFL // 1 week ago
Damar Hamlin attends Buffalo's playoff game against Cincinnati
Jan. 22 (UPI) -- Buffalo Bills safety Damar Hamlin made his first public appearance on Sunday, joining his team in the locker room ahead of its Divisional Round game against the Cincinnati Bengals at Highmark Stadium in Orchard Park, N.Y