Under the NFL's adjusted rules, Sherman will miss at least the next three weeks. The earliest he could return would be for the 49ers' Week 5 game against the Miami Dolphins on Oct. 11.

49ers head coach Kyle Shanahan said the hope is that Sherman's calf injury won't keep him out any longer than the three-week minimum.

"He doesn't sound too concerned about it," Shanahan told reporters Wednesday. "He just is going to need a couple weeks we think, and maybe a little bit more. But hoping it's only three. That's why we put him on IR."

Sherman played 78 of the team's 82 defensive snaps in the 49ers' loss to the Arizona Cardinals on Sunday. The four snaps Sherman missed came at the end of the game when the Cardinals were kneeling to run out the clock.

The loss of Sherman leaves the 49ers short-handed in the secondary. Along with Sherman's injury, veteran Jason Verrett is dealing with a hamstring issue and Ahkello Witherspoon -- the top candidate to replace Sherman -- is in the concussion protocol.

After putting Sherman on IR, the 49ers had only two healthy cornerbacks -- Emmanuel Moseley and K'Wuan Williams -- on the roster. Later Wednesday, the team promoted cornerback Dontae Johnson to the active roster and signed cornerback Ken Webster from the Dolphins' practice squad.

The 49ers play the New York Jets on Sunday in Week 2 of the NFL season.

NFL // 2 hours ago
Saints waive WR Kenny Stills after drop vs. Cowboys
Dec. 8 (UPI) -- The New Orleans Saints waived wide receiver Kenny Stills less than a week after his dropped pass led to an interception by the Dallas Cowboys. 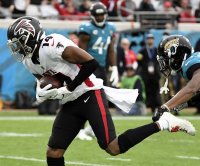 NFL // 1 day ago
Patriots rely on running game, weather to beat Bills
Dec. 7 (UPI) -- The New England Patriots leaned on their running game and defense to combat windy weather, piling up 222 rushing yards on 46 carries to beat the Buffalo Bills in a low-scoring matchup in Orchard Park, N.Y.

NFL // 2 days ago
Vikings' Thielen, Ravens' Humphrey, Raiders' Drake among injured in NFL's Week 13
Dec. 6 (UPI) -- Adam Thielen of the Minnesota Vikings, Marlon Humphrey of the Baltimore Ravens and Kenyan Drake of the Las Vegas Raiders are among the top players who sustained significant injuries in Week 13 of the 2021 NFL season.
Advertisement