Sept. 10 (UPI) -- An NFL season that once seemed improbable due to the coronavirus pandemic will get underway Thursday, when the Super Bowl champion Kansas City Chiefs host the Houston Texans in front of 16,000 fans at Arrowhead Stadium.

"It's very exciting to be the first game of the year," Chiefs quarterback Patrick Mahomes told reporters this week. "[There is] all of this anticipation, but at the same time we are just playing a football game."

Kansas City's game with Houston marks the start of the league's 17-week regular season, which remains on schedule despite the pandemic's disruption of nearly every other sports league in the world.

In its latest round of COVID-19 monitoring, the NFL announced that one player tested positive out of more than 17,519 tests for 2,641 players from Aug. 30 through Saturday.

"It has been an interesting training camp, off-season and everything combined," Texans defensive end J.J. Watt said Monday. "For the game to actually be here is very exciting. There is a sense of normalcy that hasn't been there. We are really excited about that.

"We are excited to give the fans a show."

The Chiefs and Texans will kick off the season at 8:20 p.m. EDT. About 22% of the stadium's capacity will be allowed to attend, with the reduced number of fans a safety precaution for the virus.

"I'm looking forward to our fans being in there," Chiefs coach Andy Reid said Tuesday. "I know they are going to be loud and cover all the areas of the stand. We will need everybody hooting and hollering. It will be a great challenge for the fans and for us."

The game will air on NBC.

Mahomes is arguably the best player in the NFL. The reigning Super Bowl MVP has most of his offense from 2019 intact for this season and should find success Thursday against a Texans defense that ranked 29th against the pass last season.

The score of the game could out of hand if the Texans can't get it going on the ground to get first downs and keep Mahomes on the sideline.

Mahomes most likely will look most often for tight end Travis Kelce and wide receiver Tyreek Hill, but also could try to build rapport with rookie running back Clyde Edwards-Helaire. The LSU product was the No. 32 overall pick in the 2020 NFL Draft and appears to be a perfect fit for the Chiefs' offense.

The Chiefs' defense was great against the pass last season, but allowed the seventh-most rushing yards and fourth-most yards per rush in 2019. The Texans most likely will attempt to exploit that with running back David Johnson, who joined the team in an off-season trade.

Deshaun Watson is also considered one of the best quarterbacks in the AFC. He led the 15th-best passing attack in 2019, but lost top target DeAndre Hopkins in the trade that brought Johnson to Houston from the Arizona Cardinals.

The Texans had the ninth-most rushing yards in 2019 and should attempt to establish the ground game early on to control the clock and tempo of the contest.

"This is an opportunity for both quarterbacks to show what they've been working on this off-season," Watson said. "[We didn't have] preseason games, so we will have to get warmed up.

"I wouldn't say Pat and I are competing against each other. We are trying to be the best quarterbacks for our teams."

The Texans beat the Chiefs 31-24 in Week 6 of last season, but Kansas City scored a comeback win over Houston in the playoffs en route to the Vince Lombardi trophy. 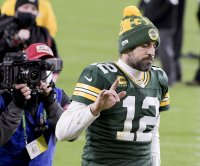