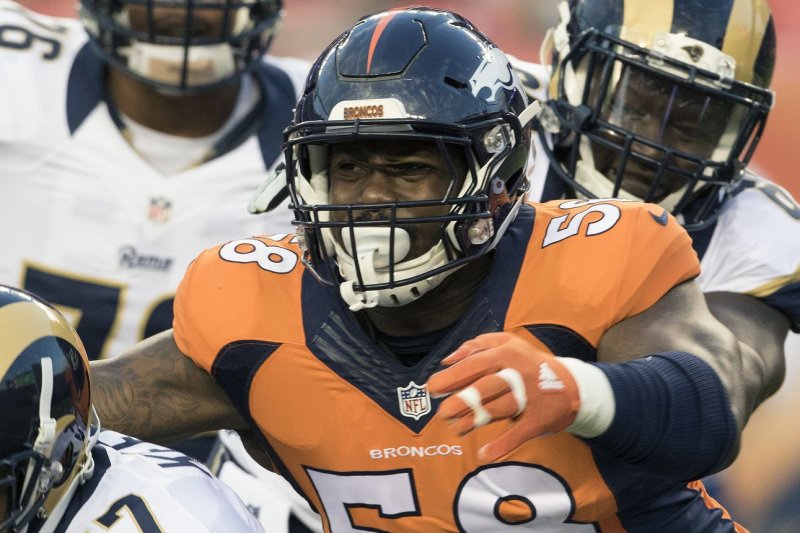 Miller picked up the injury near the end of the session Tuesday in Englewood, Colo. Sources told ESPN, the Denver Post and NFL Network that he has a tendon injury, which will require surgery and will likely end Miller's season.

Miller has an appointment Thursday for a second medical opinion.

The eight-time Pro Bowl selection and three-time Pro Bowler has missed just one game since 2013. He has 135 starts since he joined the Broncos as the No. 2 overall pick in the 2011 NFL Draft.

Malik Reed and Jeremiah Attaochu are listed as backups at linebacker on the Broncos depth chart.

The Broncos could move on from Miller after this season. The star linebacker is signed through 2021, but the team could save nearly $14 million off the salary cap if it releases him next off-season.

"Absolutely hate to hear the news, Von Miller," Houston Texans defensive end J.J. Watt tweeted Tuesday. "The game is better when you're out there. I know you'll dominate the recovery and come back swinging."

The Broncos will start the 2020 season with a matchup against the Tennessee Titans at 10:20 p.m. EDT Monday at Empower Field at Mile High in Denver.