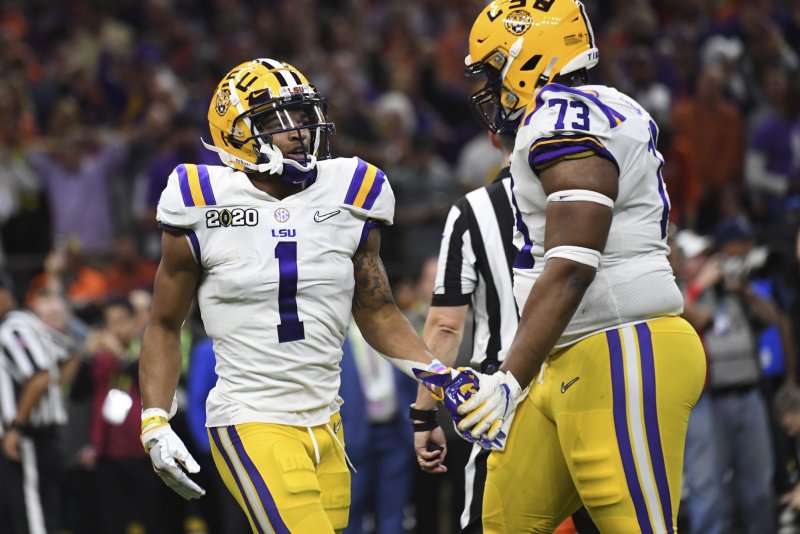 Aug. 30 (UPI) -- LSU star Ja'Marr Chase, who is widely considered the top wide receiver in college football, is expected to opt out of the 2020 season.

League sources told ESPN, CBS Sports and Sports Illustrated on Sunday that Chase has informed the team of his plan to skip this season and enter next year's NFL Draft. The school has yet to announce the decision.

Chase, who is projected to be a top-5 pick in the 2021 draft, led the FBS in receiving yards (1,780) and touchdowns (20) last season. He won the Biletnikoff Award, which is given annually to the country's top receiver.

The standout pass-catcher will become the third player to opt out at LSU, joining cornerback Kary Vincent and defensive lineman Neil Farrell.

The defending champion Tigers now must attempt to move forward without both Chase and quarterback Joe Burrow -- the Heisman Trophy winner who was selected No. 1 overall by the Cincinnati Bengals in this year's draft. Junior signal-caller Myles Brennan is the current front-runner to start at quarterback for LSU this season.

Brennan will still have plenty of standout targets in the Tigers' offense, including Terrace Marshall Jr. and Racey McMath.

LSU is set to open the season Sept. 26 at home against Mississippi State. The Tigers -- along with the rest of the SEC -- will play a 10-game, conference-only schedule this fall due to the coronavirus pandemic.