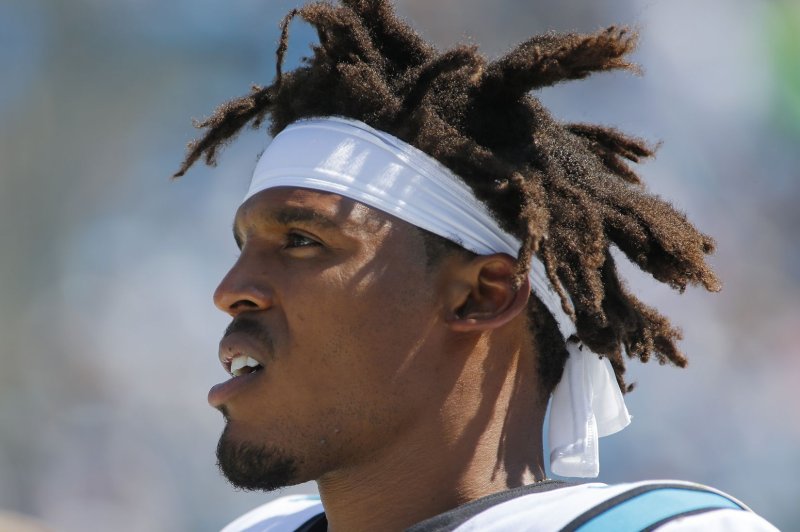 July 23 (UPI) -- New England Patriots quarterback Cam Newton said he was "ecstatic" when he arrived in Boston a week before the start of training camp.

Wednesday, the longtime Carolina Panthers star flew into Boston Logan International Airport, where he was met by a camera from WHDH-TV. Newton was tight-lipped -- an indicator that he's already bought into the typical stoic way Patriots players speak with reporters -- but did say he was excited to get started.

"No disrespect to anybody, I'm extremely ecstatic, but I'm not talking," he said.

Newton added, "who knows?," when asked if he would say anything else. He then said "Go Pats" and walked away.

The Patriots signed Newton to a one-year deal worth up to $7.5 million on July 8. He was released by the Panthers in March and spent most of the off-season unsigned before joining the Patriots. He's expected to take over as starting quarterback in New England after the team lost longtime franchise cornerstone Tom Brady to Tampa Bay in free agency.

"It very well could be like that," Edelman said after he made a catch in the video Newton posted to social media. "Great ball."

The Patriots are not expected to report to training camp until Monday. All 32 NFL teams have submitted infectious disease emergency response plans to the players union ahead of their training camps. The Patriots' plan is under review. Eight teams have had their plans approved.

The NFL has canceled preseason games this year due to the pandemic. The Patriots are scheduled to face the Miami Dolphins in the first week of the 2020 regular season at 1 p.m. EDT on Sept. 13 at Gillette Stadium in Foxborough, Mass.