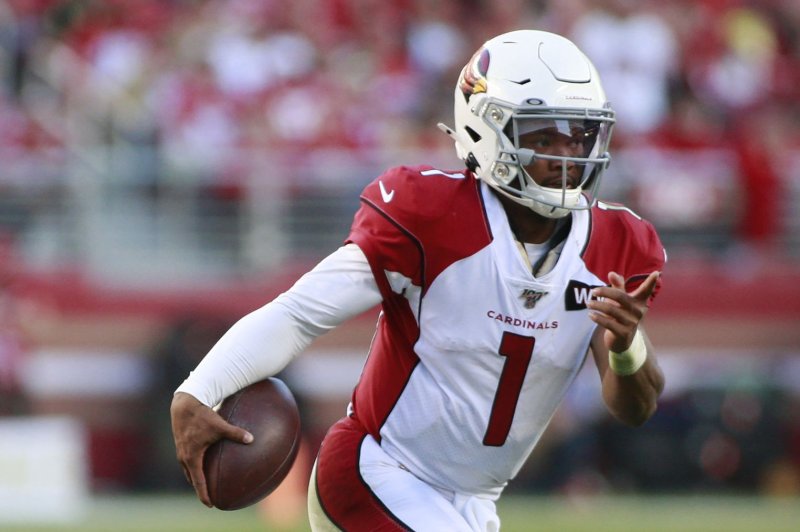 June 30 (UPI) -- The Arizona Cardinals' official website called out second-year quarterback Kyler Murray for hosting a private workout in Texas despite the NFL Players Association advising against players training together.

The NFLPA issued an advisory about players holding workouts less than two weeks ago due to a rise in coronavirus cases in certain states. Despite the warning, Murray and a group of his teammates -- including standout receivers DeAndre Hopkins and Christian Kirk -- had a practice session last week in the Dallas area.

The Cardinals' official website reported on the workout last week and identified Kenyan Drake, Dan Arnold, Chase Edmonds, Maxx Williams, Trent Sherfield and Drew Anderson as other players participating in the workout. According to the team, Murray paid for the 20-player meetup and scheduled the workout even after the NFLPA advised against it on June 20.

On Monday, Murray -- the 2019 NFL Offensive Rookie of the Year -- posted a video of the throwing session on social media, confirming the Cardinals' reports of their players disregarding the union's warning.

Murray's decision to host the private workout against the advice of the union comes after Tampa Bay Buccaneers star quarterback Tom Brady and other teammates had a practice session in Tampa, Fla., a few days after the NFLPA's advisory.

Brady and his teammates held the workout June 23 at Berkeley Preparatory School, with at least a dozen players attending the two-hour workout. Florida -- along with Texas -- has been one of the states with a surge in coronavirus cases.

NFL training camps are scheduled to open in late July.