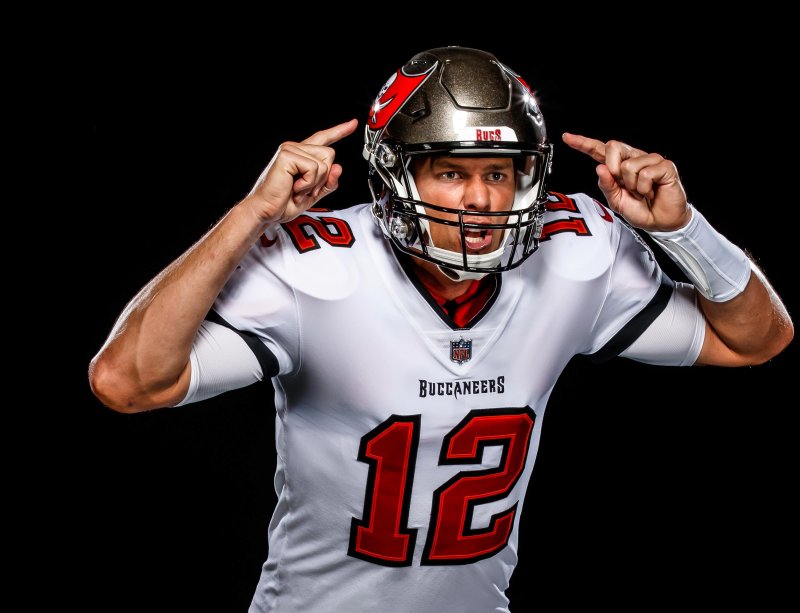 Brady, 42, signed with the Buccaneers in March as a free agent. The six-time Super Bowl champion and future Hall of Famer spent 20 seasons with the Patriots before he agreed to join the Buccaneers. Tampa Bay first unveiled the new uniform designs on April 7.

"Not a jersey swap," the Buccaneers wrote on social media, in reference to when players trade jerseys after games.

Brady's new No. 12 jersey has dominated off-season jersey sales. The star quarterback teased the new photos of himself in the threads Monday on social media.

NFLShop.com reported in May that Miami Dolphins rookie quarterback Tua Tagovailoa had the top-2 spots on jersey sales, with his aqua jersey at No. 1 and his white jersey at No. 2. Brady had spot Nos. 3 through 6 and No. 10.

Brady's Buccaneers teammate Rob Gronkowski had the No. 7 and No. 9 top-selling jerseys. Cincinnati Bengals rookie quarterback Joe Burrow ranked No. 8 in jersey sales.

Brady had the top-selling jersey of 2019, in front of Patrick Mahomes, Ezekiel Elliott, Khalil Mack and Dak Prescott. He also ranked first in 2018.