Arizona Cardinals running back Kenyan Drake (41) said he has worked on his body this off-season so he can handle a larger workload in 2020. File Photo by Jim Bryant/UPI | License Photo

May 27 (UPI) -- Arizona Cardinals running back Kenyan Drake said he has been working on his body this off-season so he can handle a large workload in 2020.

Drake will likely get more carries and targets this season after the Cardinals traded running back David Johnson to the Houston Texans.

"'The best ability is availability,' is what I heard in my time," Drake told reporters Tuesday. "Since I've been in the league, I've been pretty healthy.

"I'm trying to put my body in a situation where I can take a load or get 'x' amount of carries or touches in general and help this team win as many games as possible, touch the ball as much as possible."

Drake said one of the things he does is take notes from the Cardinals' virtual meetings and then simulating his repetitions during personal workouts. He hopes to build muscle memory through the exercises.

Drake has never missed a game due to injury during his four-year NFL career.

The Cardinals prevented Drake from becoming a free agent when they signed him to a transition tag tender in April. Drake and the Cardinals have until July 15 to agree on a long-term contract before he has to play on the one-year, $8.4 million tender in 2020.

The third-round pick in the 2016 NFL Draft had three games with at least 100 rushing yards last season for the Cardinals. Drake had 110 rushing yards, 52 receiving yards and a score in his first game with Arizona on Oct. 31.

Drake has a clear path to be the Cardinals' workhorse in 2020. He is the most experienced running back on the team's depth chart. He has also been the most productive.

Arizona selected former Arizona State running back Eno Benjamin in the seventh round of the 2020 NFL Draft. They also have Chase Edmonds and D.J. Foster on their roster.

"I feel like my ceiling is as high as I'll take it," Drake said. "I can't do anything but put the work in right now and take that into whenever the season starts." 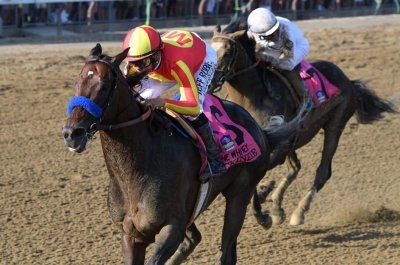