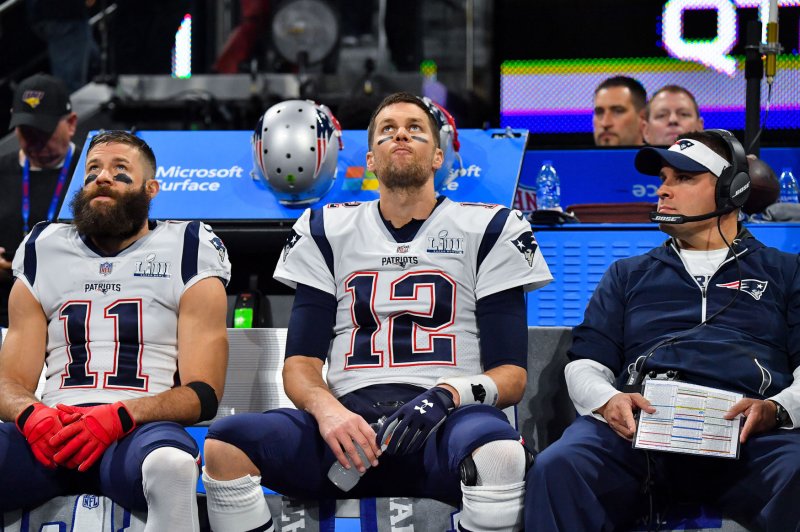 May 11 (UPI) -- Tampa Bay Buccaneers star quarterback Tom Brady refuted a report that claimed he left the New England Patriots because of a "deteriorating" relationship with offensive coordinator Josh McDaniels.

NFL columnist Gary Myers reported Monday that Brady was "worn out" by McDaniels after the duo spent nearly two decades together in New England. Brady took a screenshot of the report and posted it on his Instagram story.

"Please stop this nonsense!" Brady wrote. "Please be more responsible with reporting. 19 years together and brothers for life."

The Patriots selected Brady in the sixth round of the 2000 NFL Draft out of Michigan. He played in New England for 20 seasons and captured six Super Bowl titles with the franchise before signing a two-year contract with the Buccaneers this off-season.

McDaniels arrived in New England as a personnel assistant in 2001 before becoming a defensive assistant from 2002-03. He was promoted to quarterbacks coach in 2004 and began serving as the Patriots' offensive coordinator in 2005.

After a brief head-coaching stint with the Denver Broncos (2009-10) and one year as an offensive coordinator with the then-St. Louis Rams, McDaniels returned to the Patriots' offensive coaching staff in 2012.