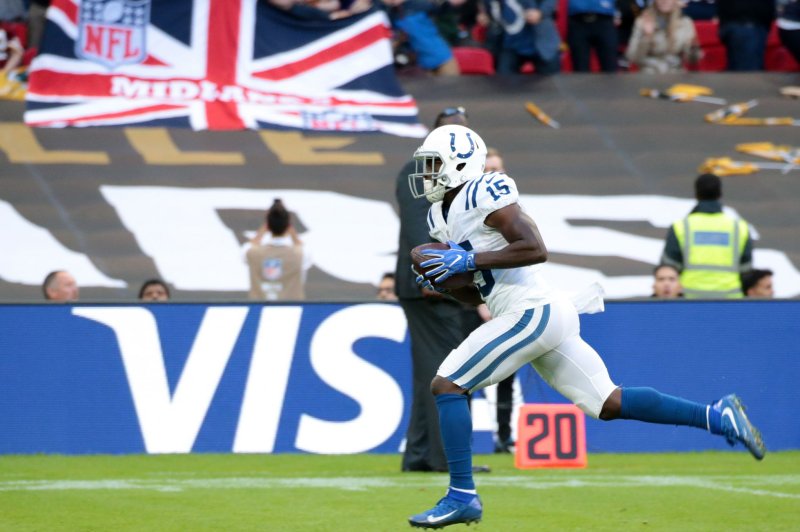 The NFL had played games at London's Wembley Stadium for 13 consecutive seasons before the league canceled international games for the 2020 season on Monday. File Photo by Hugo Philpott/UPI | License Photo

May 4 (UPI) -- The NFL on Monday canceled games outside the United States this year as the first alteration to its game schedule.

The league has scheduled four games in London and one in Mexico City as part of the 2020 international series. The Miami Dolphins, Arizona Cardinals, Atlanta Falcons and Jacksonville Jaguars were to have been the hosts. Those teams now will host those matchups at their home stadiums.

"After considerable analysis, we believe the decision to play all our games domestically this season is the right one for our players, our clubs, and all our fans in the U.S., Mexico and U.K.," NFL executive vice president, chief strategy and growth officer Christopher Halpin said.

"We greatly appreciate the support of our governmental and stadium partners in Mexico and the United Kingdom, who all agree with this decision, and we look forward to returning for games in both countries in the 2021 season," Halpin said.

He added: "We also thank our incredible fans in those territories for their passionate support of the NFL. We will continue to serve them through our outstanding media partners and by being active supporters of both grassroots football and COVID-19 relief efforts in Mexico and the U.K."

The cancellation ends the NFL's streak of 13 consecutive years of games played at Wembley Stadium in London.