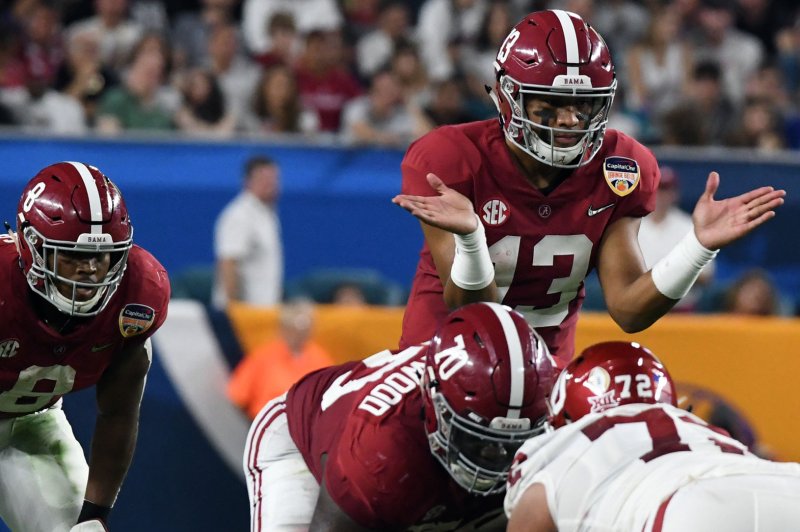 NFL front office executives are concerned about former Alabama Crimson Tide quarterback Tua Tagovailoa's (13) injury history, but he still is expected to be one of the first quarterbacks chosen in the 2020 NFL Draft. File Photo by Gary I Rothstein/UPI | License Photo

April 22 (UPI) -- Former Alabama quarterback Tua Tagovailoa is expected to be a top-6 pick and at least seven former LSU players are expected to be taken in the first two rounds of the 2020 NFL Draft.

The draft will air at 8 p.m. EDT Thursday on ESPN, NFL Network and ABC. Prospects and teams will participate virtually after promoters cancelled plans to hold the event in Las Vegas because of the coronavirus pandemic. The draft also will be shown online and on social media.

The event most likely will receive high TV ratings, largely because live sports are banned in the United States because of the pandemic.

ESPN reported Tuesday that its airing of the 2020 WNBA Draft was the most-watched version of the event in 16 years. The network's airing Sunday of two episodes of The Last Dance, a documentary about Michael Jordan's Chicago Bulls, were the most-viewed original content broadcasts on the network since 2004.

Oddsmakers at SportsBettingDime.com have Tagovailoa at an over/under of 4.5 in the draft order. The over/under point is an indicator for betters so they can wager on Tagovailoa going before or after the fifth pick. The oddsmakers also listed a draft-high 13 prospects from LSU who could be selected in the first two rounds, with quarterback Joe Burrow drafted first by the Cincinnati Bengals.

Caesars gives -110 odds for Herbert to be selected in the top-5 and -230 odds for Tagovailoa in the top-6. Caesars also gives Tagovailoa better odds than Herbert as the No. 3 overall pick.

Other oddsmakers from DraftKings and MGM have Herbert slightly favored to be taken before Tagovailoa. MGM initially had Tagovailoa at an over/under of 3.5 overall, but since moved him to 5.5 overall.

Caesars oddsmakers expect former Ohio State stars Chase Young and Jeff Okudah to be selected after Burrow as the first three players off the board. The Miami Dolphins have the best odds of drafting Tagovailoa, according to Caesars.

Burrow leads the list of top Tigers prospects after LSU's NCAA championship campaign in 2019-2010. Former Tigers K'Lavon Chaisson, Justin Jefferson, Patrick Queen, Kristian Fulton and Grant Delpit are among those who could be picked in the first round. 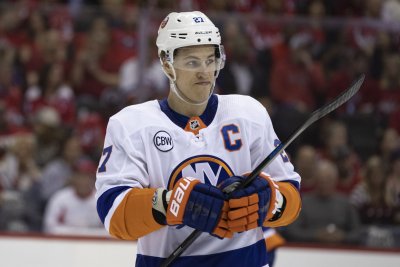