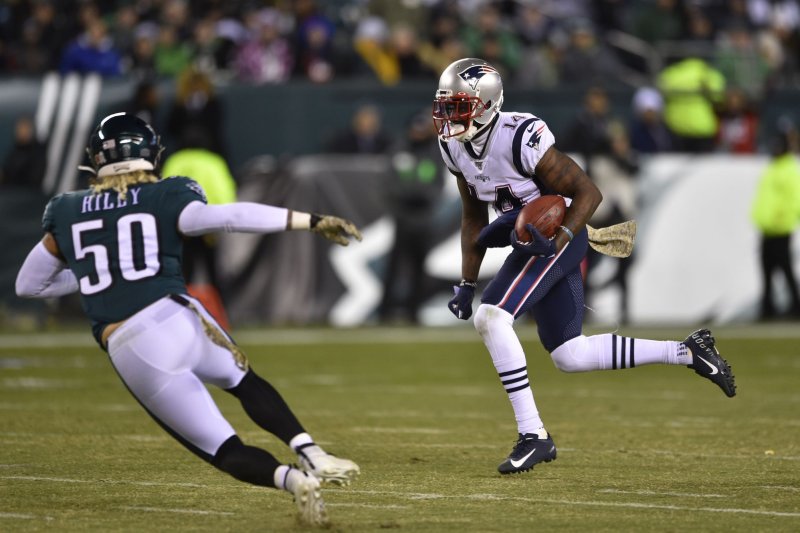 League sources told ESPN and WEEI Radio that Sanu will need to undergo surgery on a high ankle sprain after his injury failed to heal this off-season.

Sanu suffered the injury on a 14-yard punt return in a Nov. 17 game against the Philadelphia Eagles last season. It was his third game with the Patriots after being acquired in a trade with the Atlanta Falcons.

The Patriots expected significant contributions from Sanu after surrendering a 2020 second-round draft pick to acquire him from the Falcons in October. The veteran wideout had a strong performance in his second game with the Patriots, recording 10 catches for 81 yards and a touchdown against the Baltimore Ravens in early November.

In the Patriots' next game against Philadelphia, Sanu made three special teams defenders miss before being injured on a tackle by Eagles defensive back Rudy Ford. Sanu missed New England's next game, a victory over the Dallas Cowboys, before returning to the field Dec. 1 against the Houston Texans.

Sanu failed to return to form throughout the remainder of the season. In eight regular-season contests with the Patriots, he finished with 26 receptions for 207 yards and one receiving score.

Sanu is scheduled to earn a base salary of $6.5 million in the final year of his contract in 2020.