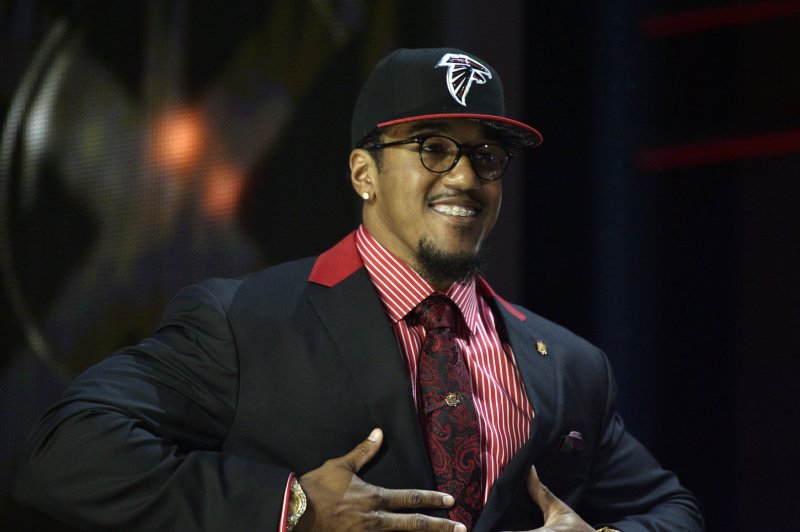 The Atlanta Falcons selected Vic Beasley in the first round of the 2015 NFL Draft out of Clemson. File Photo by Brian Kersey/UPI | License Photo

"As we continue to craft our 2020 roster, we'd like to thank Vic for five years of effort on behalf of our organization," Falcons general manager Thomas Dimitroff said in a statement.

Beasley, who was Falcons head coach Dan Quinn's first draft selection with the team, will become an unrestricted free agent when the new league year begins March 18. The Falcons picked Beasley with the No. 8 overall pick in the 2015 NFL Draft out of Clemson.

Beasley was the NFL's sack champion with 15.5 sacks in 2016, the season the Falcons made it to the Super Bowl, but he failed to show consistency over the next few years. He was a Pro Bowl choice that season but recorded only five sacks in each of the 2017 and 2018 campaigns.

The 27-year-old defensive end notched eight sacks this past season, but 6.5 of his quarterback takedowns came in the second half of the year.

Beasley started 60 games for the Falcons during his five-year tenure with the team. He tallied 156 total tackles, 37.5 sacks, 36 tackles for a loss, 11 forced fumbles, one interception and 12 passes defensed.