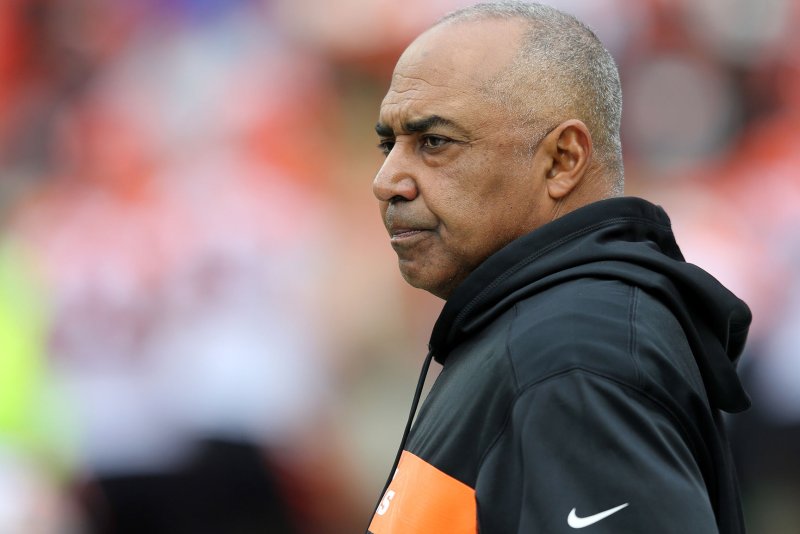 Marvin Lewis posted an 0-7 record in the playoffs during his 16 seasons as coach of the Cincinnati Bengals. File Photo by Aaron Josefczyk/UPI | License Photo

Dallas has not officially announced the firing of current coach Jason Garrett, despite media reports stating that Garrett will not return to the team next season. His Cowboys contract expires Jan. 14.

Sources told NFL Network and ESPN that Lewis interviewed with the Cowboys Saturday, while McCarthy is expected to meet with the team later in the day.

Garrett, 53, coached the Cowboys to an 8-8 record in 2019. The Cowboys have an 85-76 record in Garrett's 10 seasons as coach. The Cowboys are 2-3 in the playoffs under Garrett, never advancing to an NFC Championship game.

The 2019 Cowboys began the season with three consecutive wins, before going on a three-game losing streak. They went 2-4 after a Week 11 win at Detroit, losing control of the NFC East and missing the playoffs.

Lewis coached the Bengals to a 131-122-3 record in 16 seasons as coach, before being fired after the 2018 season. He never won a playoff game in Cincinnati, despite making seven postseason appearances.