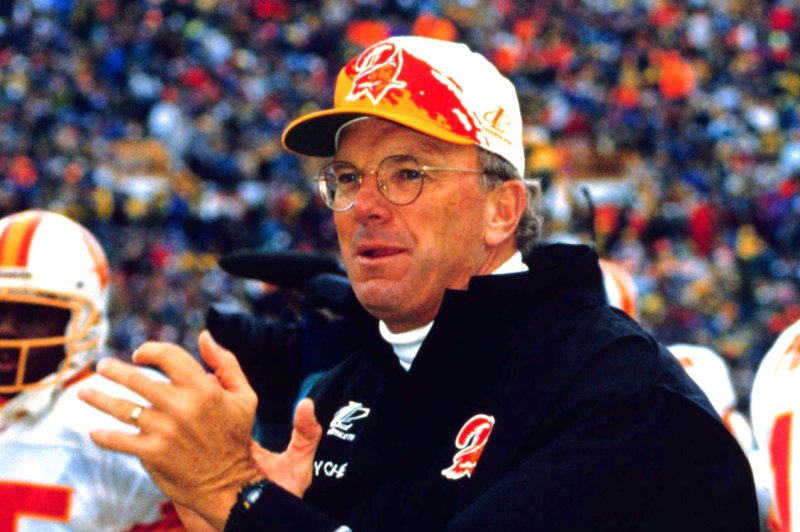 Wyche also had a history of blood clots and had a heart transplant in 2016. He entered hospice Monday.

"Sam was a wonderful guy," Bengals owner Mike Brown said in a statement. "We got to know him as both a player and a coach. As our coach, he had great success and took us to the Super Bowl.

"He was friends with everyone here, both during his tenure as head coach and afterwards. We not only liked him, we admired him as a man. He had a great generosity of spirit and lived his life trying to help others. We express our condolences to Jane and his children Zak and Kerry."

"We are saddened to hear of the passing of Sam Wyche earlier today," Buccaneers owner Bryan Glazer said. "Sam's innovative approach to offense left a lasting mark on the game of football.

"As our head coach in the early 1990s, Sam was instrumental in drafting cornerstone players such as John Lynch, Derrick Brooks and Warren Sapp, who were all key foundational parts of our eventual Super Bowl championship. The Buccaneers organization sends its heartfelt condolences to his wife, Jane, and the entire Wyche family."