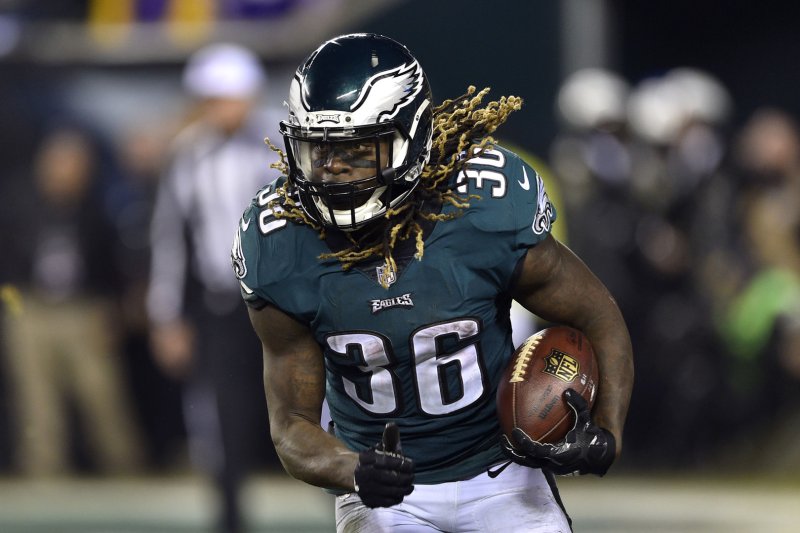 Philadelphia Eagles running back Jay Ajayi hasn't played since last October, when he sustained an ACL injury while with the Eagles. File Photo by Derik Hamilton/UPI | License Photo

Nov. 15 (UPI) -- The Philadelphia Eagles brought back veteran running back Jay Ajayi after a season-ending injury to Darren Sproles.

The Eagles announced Friday that the team signed Ajayi and placed Sproles on injured reserve due to a torn right hip flexor. Financial details of Ajayi's agreement weren't disclosed.

The 36-year-old Sproles, who surpassed Hall of Fame receiver Tim Brown on the NFL's all-purpose yards list this season, said Friday on social media that it could be the end of his career after 15 seasons in the league.

"Man what a ride," Sproles wrote on Instagram. "I put my all in this game since the age of 8. I played every snap like it was my last. If I never put that #43 on again I have no regrets I gave it my all and I hope I made my family proud!"

Ajayi, who joined Philadelphia midway through the 2017 season, hasn't played since last October, when he sustained a torn ACL while playing for the Eagles. After the 2018 campaign, the team opted against re-signing the running back, making him a free agent.

Along with Sproles, starting running back Jordan Howard is dealing with an injury. He has yet to be cleared for contact because of a shoulder stinger, putting his status for Sunday's matchup against the New England Patriots in question.

Howard is listed as questionable on the team's official injury report. The Eagles already ruled out receiver Alshon Jeffery and linebacker Nigel Bradham due to ankle injuries.

The Eagles will play the Patriots on Sunday before hosting the Seattle Seahawks on Nov. 24.