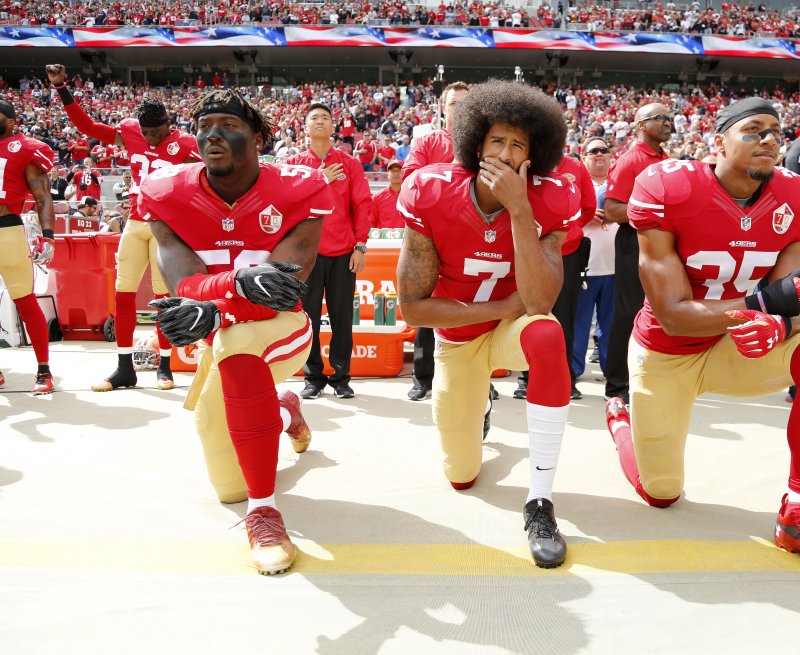 "I'll believe it when I see it," Reid told reporters Wednesday. "At this point, it feels like a PR stunt. Again, being that it's on a Saturday, what decision-makers are going to be able to attend that workout?"

Reid, a former teammate of Kaepernick with the 49ers, was one of the first players to join the quarterback in kneeling during the national anthem to protest police brutality and racial injustice. Kaepernick, who began his protest in 2016, hasn't played in the NFL since that season.

Coaches for the Miami Dolphins, Detroit Lions, Atlanta Falcons and Tampa Bay Buccaneers previously disclosed they plan to have a representative at the private workout. Other teams are expected to attend the session, but Reid reminded reporters that NFL head coaches and general managers typically travel or remain with their teams before games on Sunday.

Reid also said it's "strange" that teams reached out to the league instead of directly contacting Kaepernick and his representatives.

"The other strange thing, I saw there was a report that other teams were interested in Colin but they reached out to the league about it. That's strange," Reid said. "We'll see if it's a real process."

Kaepernick, 32, opted out of his contract with the 49ers in March 2017, following the season in which he started his protest. The quarterback, along with Reid, filed a grievance against the NFL in October 2017 that accused team owners of colluding to keep them out of the league. They both reached settlements in February.

Reid, who continues to kneel during the anthem, signed a one-year contract with the Panthers in September 2018. This past off-season, he signed a three-year contract worth up to $24 million to remain in Carolina.