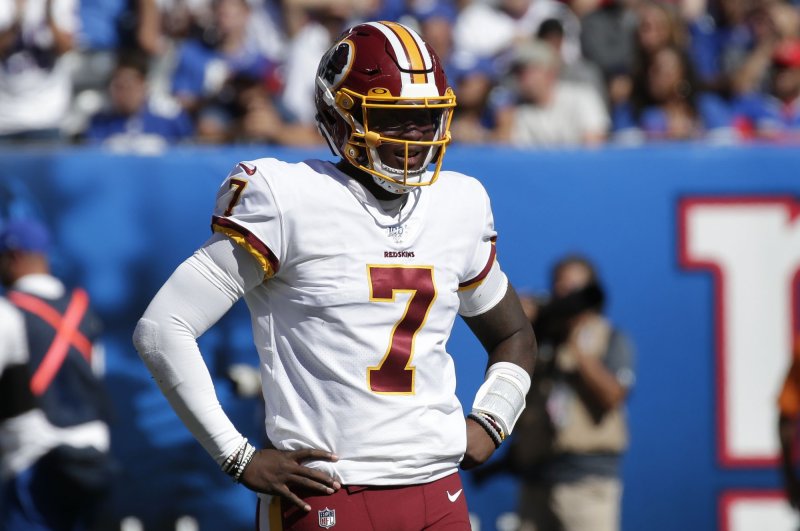 Nov. 11 (UPI) -- The Washington Redskins will start rookie quarterback Dwayne Haskins for the remainder of the season, the team announced Monday.

Haskins already was expected to start in Sunday's matchup against the New York Jets as the Redskins return from their bye week. Washington interim head coach Bill Callahan took it a step further and told reporters the rookie out of Ohio State will remain the team's starter.

Case Keenum will be the No. 2 quarterback and Colt McCoy as the No. 3.

"We're at a juncture where we don't want to be record-wise," Callahan said, "so this is a good opportunity for him to take advantage of every rep so we can see growth in his play."

Haskins, the No. 15 overall pick in the 2019 NFL Draft, made his first career start in a loss to the Buffalo Bills on Nov. 3. Keenum was in the league's concussion protocol, which led to Haskins' opportunity to lead the offense.

In the Redskins' 24-9 loss to the Bills, Haskins completed 15-of-22 passes for 144 yards and no interceptions. He has completed 27-of-44 passes for 284 yards this season, but has failed to throw a touchdown in eight-plus quarters of action.