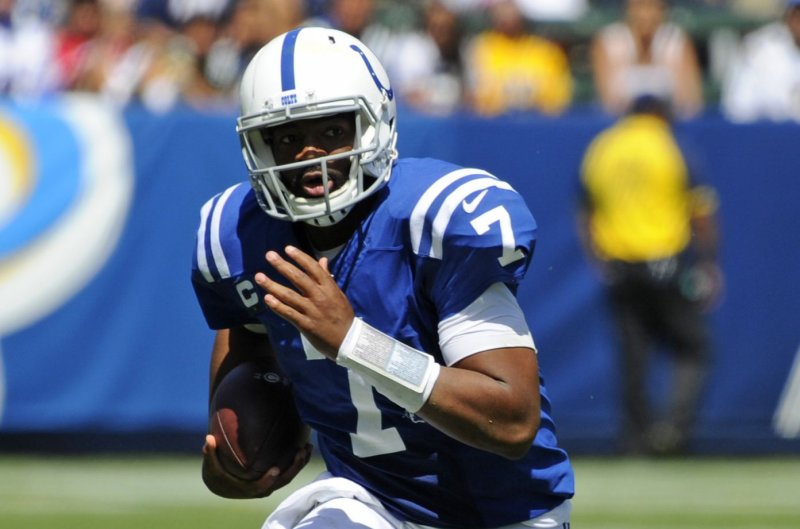 Brissett sustained the injury during the second quarter when Pro Bowl guard Quenton Nelson was pushed back into the quarterback and stepped on his left leg. He remained on the field in obvious pain for a few minutes before jogging to the sideline with a noticeable limp.

Brissett, who completed 4-of-5 passes for 59 yards prior to the injury, was evaluated in the blue medical tent before he put his helmet on and watched from the sideline. The team announced Brissett was questionable to return to the game.

Veteran quarterback Brian Hoyer, who the team signed after the retirement of Andrew Luck, replaced Brissett in the contest. He threw two touchdown passes and had an interception returned 96 yards for a score by Steelers defensive back Minkah Fitzpatrick in the first half.

The Colts also announced that starting center Ryan Kelly was ruled out due to a "burner." Josh Andrews replaced Kelly on the offensive line.