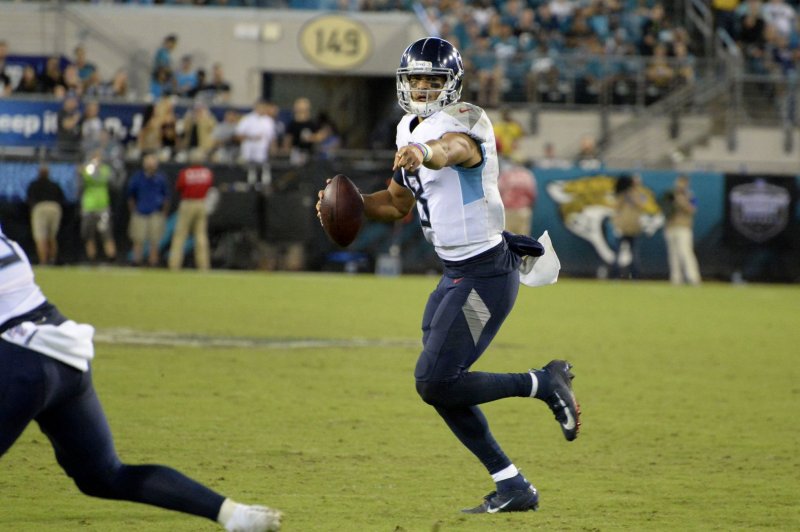 Oct. 16 (UPI) -- Ryan Tannehill has been named the starting quarterback for the Tennessee Titans this weekend, sending Marcus Mariota to the bench for Sunday's game against the Los Angeles Chargers.

Titans coach Mike Vrabel said after the loss he would evaluate the team's quarterbacks and determine if Tannehill or Mariota would be the starter moving forward.

"We are going to take it one day at a time, but I don't think that the answer is a revolving door at that position or at any position," Vrabel told reporters Monday. "You'd like to have some continuity ... I think there's a lot of factors [in making the decision]. Again, there are things we'll talk about and just try and come up with the best decision moving forward with the team."

Mariota, 25, has completed 59.1 percent of his throws for 1,179 yards, seven touchdowns and two interceptions in six starts this season. He has also been sacked a league-high 25 times. The No. 2 overall pick in the 2015 NFL Draft is in the final year of his rookie contract.

Tannehill, 31, is also set to hit free agency this off-season.

The Titans host the Chargers at 4:05 p.m. EDT Sunday at Nissan Stadium in Nashville.