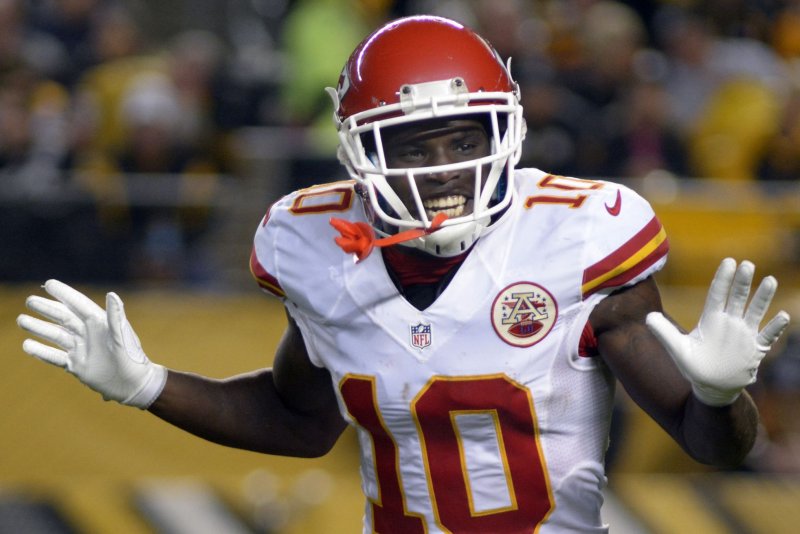 Hill had 80 yards and five catches in addition to his two scores in the 31-24 loss Sunday at Arrowhead Stadium in Kansas City. He was making his first appearance since sustaining a shoulder injury Sept. 8.

Hill's best catch came just three minutes into the game. Chiefs quarterback Patrick Mahomes took the snap from the 46 yard line before dropping back in the pocket during the sequence. Mahomes spotted Hill down the right flank and launched a pass toward the end zone.

Hill was caught in between two Texans defensive backs, but raced back toward the ball and pulled it down. He then pulled multiple defenders into the end zone to give the Chiefs a 7-0 lead.

"I was just making a play for my quarterback," Hill told reporters. "I'm going to do whatever it takes to make him look the best. That's my dog, that's my boy.

"If he throws it up, I tell each and every one of the receivers, 'that's our ball. It doesn't matter if there are five people around us, four or one, we are going to get the ball. We're taking the ball.'"

Mahomes said he wasn't surprised Hill made the catch.

"That guy can jump out of a gym, if you've ever seen him dunking," Mahomes said. "He can jump up there and make plays. It's good to have him back. He played well today and he will keep getting more and more into the offense as we keep getting him back."

Hill returned to the end zone with a 6-yard catch in the third quarter. Mahomes completed 19 of 35 passes for 273 yards, three scores and an interception in the loss. Hill now has seven catches for 96 yards and two scores on the season.

NFL // 17 hours ago
Tua Tagovailoa announces pro day, willingness to be rookie backup
INDIANAPOLIS, Feb. 25 (UPI) -- Former Alabama quarterback Tua Tagovailoa will hold a personal pro day April 9, when he expects to be healthy enough to "do everything" for NFL scouts after sustaining a season-ending injury last year. 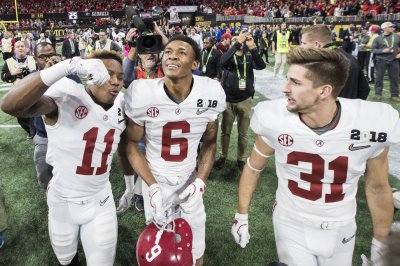 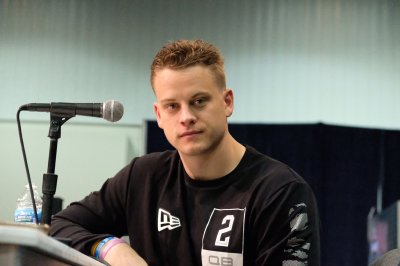