Kansas City Chiefs quarterback Patrick Mahomes (R) leads the league with 1,510 passing yards and 10 touchdowns through four weeks of the season. Mahomes has yet to throw an interception. Photo by Kyle Rivas/UPI | License Photo

If you don't have a top quarterback option, take a look at my add/drops article for Week 5. There are also two teams with byes this week, but there are several capable gunslingers with great matchups who should be on your streaming radar.

Kansas City Chiefs superstar Patrick Mahomes failed to throw a touchdown pass in Week 4. Before last week, Mahomes had thrown a touchdown pass in every regular season game since Week 5 of the 2018 season. I'm expecting a big time rebound in Week 5 against the Indianapolis Colts. The Colts are tied for allowing the fourth-most touchdown passes to opposing quarterbacks in 2019. Mahomes is my top option this week. I'm expecting at least 300 passing yards and three scores from the reigning NFL MVP.

Houston Texans quarterback Deshaun Watson ranks as my No. 2 quarterback option in Week 5. The Texans face the Atlanta Falcons in Houston and I expect Watson to get going with superstar DeAndre Hopkins in this matchup after an inaccurate showing in Week 4. Watson remains a QB1 despite his recent struggles.

Kyler Murray has put up big yardage totals in some games and thrown for multiple touchdowns twice in the first four games of his career. I expect him to put it all together in Week 5 against the Cincinnati Bengals. The Bengals rank in the middle of the pack when it comes to defending fantasy football quarterbacks, but are terrible against opposing running backs. Look for Murray to connect with David Johnson to get the passing game going. Murray is my No. 7 option this week, landing in QB1 territory.

Tampa Bay Buccaneers quarterback Jameis Winston is my No. 10 quarterback for Week 5. Winston started the season slow but has exploded in his last two starts. The Buccaneers gunslinger has eclipsed 380 passing yards and thrown at least three touchdowns in his last two showings. He should air it out again in a matchup against the New Orleans Saints, a unit allowing the second-most fantasy points to quarterbacks. Winston is a QB1 in deeper leagues.

Minnesota Vikings quarterback Kirk Cousins has had a very slow start to 2019. He has a good chance to rebound in Week 5 against the New York Giants. The Giants have allowed the seventh-most fantasy points to quarterbacks. Cousins is my No. 12 option at the position in Week 5, landing in streaming territory. I expect Cousins to get Adam Thielen involved early on in this matchup. He also got Stefon Diggs going in Week 4, so that rapport should only build against the Giants.

New Orleans Saints quarterback Teddy Bridgewater is another good streaming option in Week 5. The Saints are hosting the Tampa Bay Buccaneers. Bridgewater is my No. 15 option at the position because he is facing a unit that has allowed the most passing yards to quarterbacks in 2019. Bridgewater should be able to find Michael Thomas early and often, as well as Alvin Kamara underneath, to close in on 300 passing yards. If he can throw at least two touchdown passes, he has a shot at finishing the week as a top-10 quarterback. 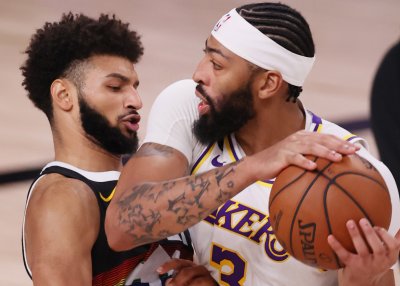