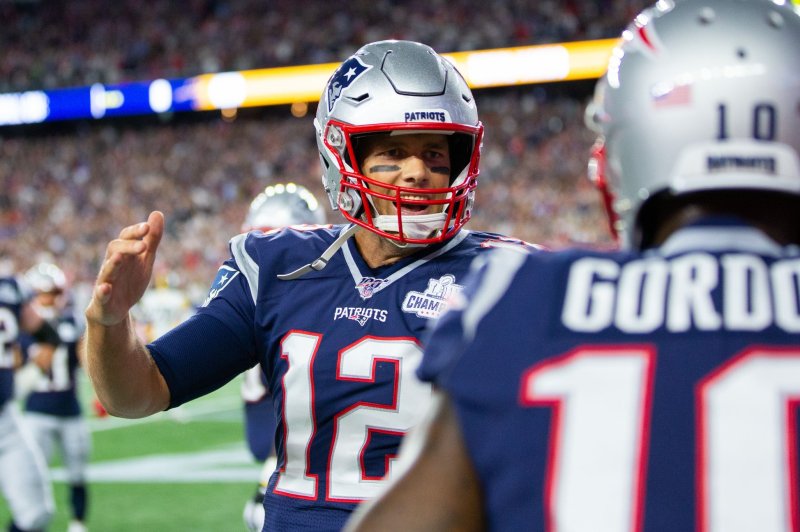 If you don't have a top quarterback option, take a look at my add/drops article for Week 2. Try to find a player with a great matchup when targeting a starting option for your lineup. If you have a stud like Aaron Rodgers or Newton, stay patient. Better days are ahead after their disappointing performances in Week 1.

New England Patriots star Tom Brady was doubted once again entering the season due to his aging arm. But the 42-year-old gunslinger exploded for 341 yards and three scores in the Patriots' season-opening blowout of the Pittsburgh Steelers. Brady is my No. 3 quarterback for Week 2. He is facing the Miami Dolphins on Sunday in Miami. The Dolphins just allowed a five-touchdown performance to Baltimore Ravens quarterback Lamar Jackson. I expect another multiple touchdown day from Brady in this matchup. He should continue his hot start in Miami.

Baltimore Ravens quarterback Lamar Jackson completed 85 percent of his throws for 324 yards in addition to his five touchdown passes in Week 1 against the Miami Dolphins. This week he faces the Arizona Cardinals, who allowed 385 yards and three scores to Matthew Stafford in Week 1. I expect Jackson to have another great fantasy football day in his new-look offense. He is my No. 4 quarterback option in Week 2.

Los Angeles Rams quarterback Jared Goff is my No. 7 option this week. The Rams are hosting the New Orleans Saints in Week 2 in a game that I expect to be a shootout. The Saints allowed the third-most fantasy points to quarterbacks in Week 1, while facing the Houston Texans' Deshaun Watson. New Orleans also allowed the second-most fantasy points to quarterbacks last season. Goff should be in your lineup this week, regardless of league size.

Atlanta Falcons quarterback Matt Ryan had a decent fantasy performance in Week 1, but his actual quarterback play was subpar. Despite the slow start, I have Ryan as my No. 8 option in Week 2 against the Philadelphia Eagles. The Eagles allowed Washington Redskins quarterback Case Keenum to throw for 380 yards and three scores in Week 1 and allowed the second-most passing yards to quarterbacks in 2018. You should expect a big yardage total from both Ryan and Philadelphia Eagles quarterback Carson Wentz in a game with shootout potential.

Dallas Cowboys quarterback Dak Prescott lit up the New York Giants for 405 yards and four touchdowns in Week 1. This week he faces a Washington Redskins squad that allowed 313 yards and three scores to Carson Wentz in Week 1. Prescott is my No. 9 option this week in a game I expect the Cowboys to control from the start.

I have Oakland Raiders quarterback Derek Carr as a fringe starter this week, depending on league size. Carr is my No. 16 option in Week 2 as he faces the Kansas City Chiefs in Oakland. The Chiefs allowed the fifth-most fantasy points and most passing yards to quarterbacks in 2018. Kansas City opened the season by allowing 275 yards and two touchdowns to Jacksonville Jaguars backup quarterback Gardner Minshew. They also allowed a touchdown to Jaguars quarterback Nick Foles, before he exited the game with an injury. Carr only had one touchdown pass in Week 1, but had a very accurate day, including a perfect touchdown pass in the Raiders' win against the Denver Broncos. I expect multiple touchdown passes from Carr in this spot. He should also have more attempts than he did in Week 1 as the Raiders will likely be playing from behind.

9. Dak Prescott, Dallas Cowboys at WAS