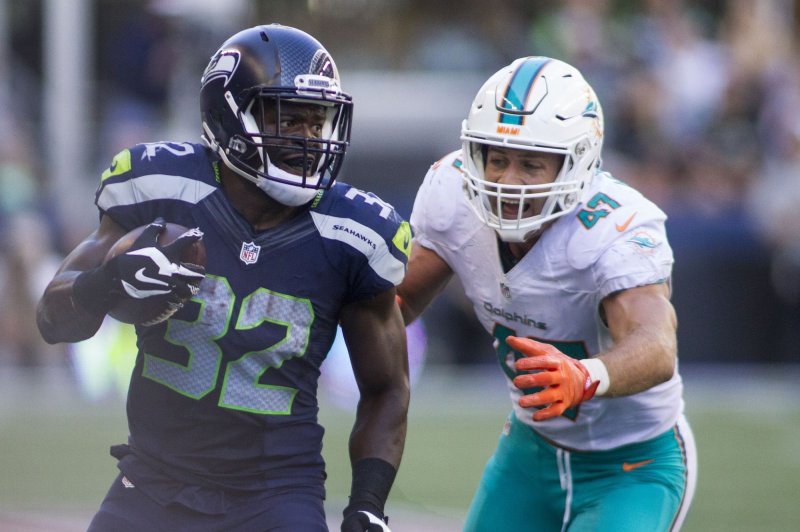 Sept. 1 (UPI) -- The Miami Dolphins continued to reshape their roster after reaching an agreement to trade veteran linebacker Kiko Alonso to the New Orleans Saints.

League sources told ESPN and NFL Media on Sunday that the Dolphins are trading Alonso to the Saints for linebacker Vince Biegel.

The deal comes one day after the Dolphins traded left tackle Laremy Tunsil, wide receiver Kenny Stills, a 2020 fourth-round draft pick and a 2021 sixth-round choice to the Houston Texans for a 2020 first-rounder, a 2021 first-round selection, a 2021 second-round pick, offensive tackle Julien Davenport and cornerback Johnson Bademosi.

Alonso, who lost his starting role at linebacker this season, cleaned out his locker Friday after the Dolphins' preseason finale against the Saints, according to ESPN. The 29-year-old defender spent the last three seasons in Miami, recording 355 total tackles, six forced fumbles, 11 pass deflections, five interceptions and one sack during his time in Miami.

The Buffalo Bills originally selected Alonso in the second round of the 2013 NFL Draft out of Oregon. He recorded a career-high 159 total tackles and four interceptions in his rookie season before missing the entire 2014 campaign due to a torn ACL.

The Bills traded Alonso to the Philadelphia Eagles in 2015 for running back LeSean McCoy. In one season with the Eagles, he played in only 11 games and registered a career-low 43 combined tackles before being dealt to the Dolphins in 2016.

Biegel, 26, was drafted in the fourth round in 2017. He appeared in 14 games last season and contributed four tackles.