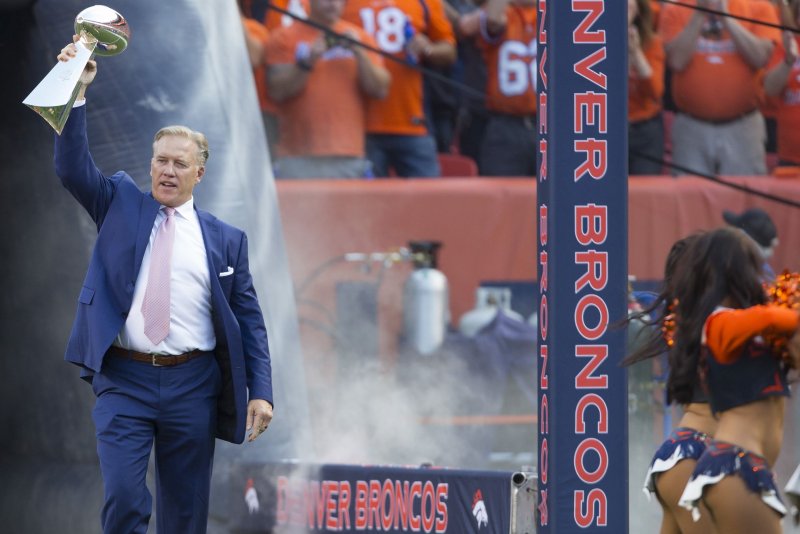 Elway made the comments during an interview with TMZ Sports. He was asked if Flacco can pull off "the same thing" as Manning, when the future Hall of Fame quarterback helped the team win a Super Bowl in 2016.

RELATED Ravens QB Lamar Jackson on accuracy: 'It's been everywhere'

Elway said Lock has a great future, but "Flacco's the guy." The Broncos traded with the Cincinnati Bengals to move up in the second round and select Lock.

Flacco, 34, led the Ravens to a Super Bowl in 2013. He completed 61.2 percent of his throws for 2,465 yards, 12 touchdowns and six interceptions in nine games last season -- before losing his starting job to rookie Lamar Jackson.

Jackson led the Ravens to the playoffs. Despite Flacco's struggles last season, Elway believes Flacco is going "into his prime."

"Joe is a perfect fit for us," Elway said at Flacco's introductory news conference in March. "The fact that he's a winner, he's played in a lot of big games and he has a lot of good football left in him at 34 years old. We feel like he's just really coming into his prime. We're excited about the fact that he's going to be our quarterback and think that, like I said, he's a perfect fit for us."

Flacco told reporters in May that he isn't "worried about" developing Lock.

"As far as a time constraint, and all that stuff, I'm not worried about developing guys or any of that. That is what it is. And like I said, I hope he does develop."