Carson Palmer to be inducted into Arizona Cardinals Ring of Honor

June 4 (UPI) -- The Arizona Cardinals will induct former quarterback Carson Palmer into their Ring of Honor.

Arizona announced the decision Tuesday. Palmer, 39, played five seasons for the Cardinals, completing 62.5 percent of his throws for 16,782 yards, 105 touchdowns and 57 interceptions in 60 games. He led the franchise to the NFC Championship in 2016.

"I am absolutely honored," Palmer said. "Five years was not enough. I wish I would have gotten there earlier, as you know but I am beyond honored. I can't wait."

But we had to make a very special call to a good friend of ours to make it official. pic.twitter.com/1BRLlMWX6G— Arizona Cardinals (@AZCardinals) June 4, 2019

Palmer had 38 wins as a starter while with the Cardinals, the third-most victories in franchise history. The three-time Pro Bowl selection was the No. 1 overall pick in the 2003 NFL Draft. He played his first seven seasons for the Cincinnati Bengals before being traded to the Oakland Raiders in 2011.

Palmer joined the Cardinals in a 2013 trade.

He will officially join the Cardinals' Ring of Honor on Sept. 29 at State Farm Stadium in Glendale, Ariz. 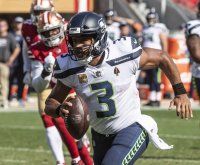 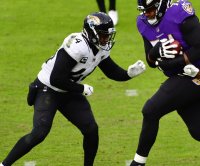