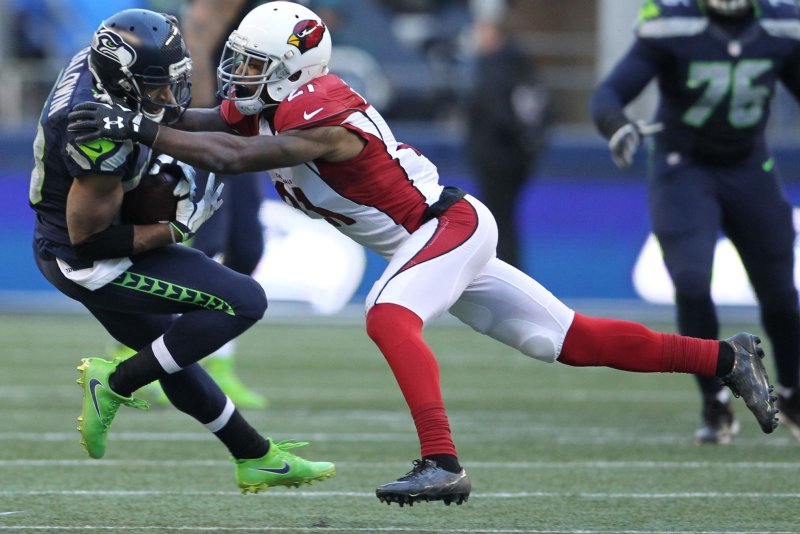 Arizona Cardinals cornerback Patrick Peterson (R) won't be eligible to play until Week 7 of the 2019 season after being suspended for violating the NFL's performance-enhancing drug policy. File Photo by Jim Bryant/UPI | License Photo

May 17 (UPI) -- Arizona Cardinals star Patrick Peterson says he isn't happy about his six-game suspension for violating the NFL's performance-enhancing drug policy, but he is "relieved" that the news is out.

News of the Pro Bowl cornerback's 2019 ban broke Thursday. Peterson, 28, made a statement hours later, apologizing for the development.

"Definitely, definitely sorry [for] what broke out today, but for the most part, I think you guys understand my character and also understand my commitment on and off the field, and also to my teammates, and also to the Arizona Cardinals organization," Peterson told reporters at his celebrity golf tournament.

"That's why this is apparently very, very hard for me because I've obviously never been in this situation before and never wanted to have my name attached to anything like this. But I'm looking to move forward and put this behind me."

The ban will keep Peterson off the field until the Cardinals' Week 7 clash against the New York Giants. Peterson has never missed a start during his eight-year career. The No. 5 overall pick in the 2011 NFL Draft has started 128 consecutive games and appeared in all 16 games in each of his eight Pro Bowl seasons.

Peterson is also a three-time All-Pro and considered one of the best defensive backs in the league.

"I knew about it for months," Peterson said. "I'm not happy, but relieved that it's out."

The NFL is expected to officially announce the suspension next week. 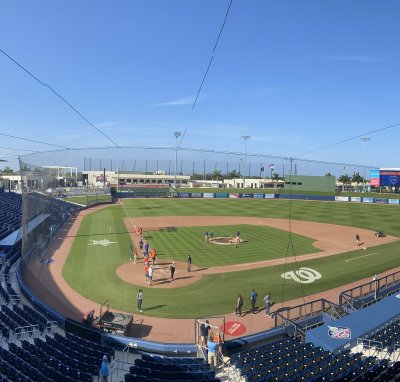